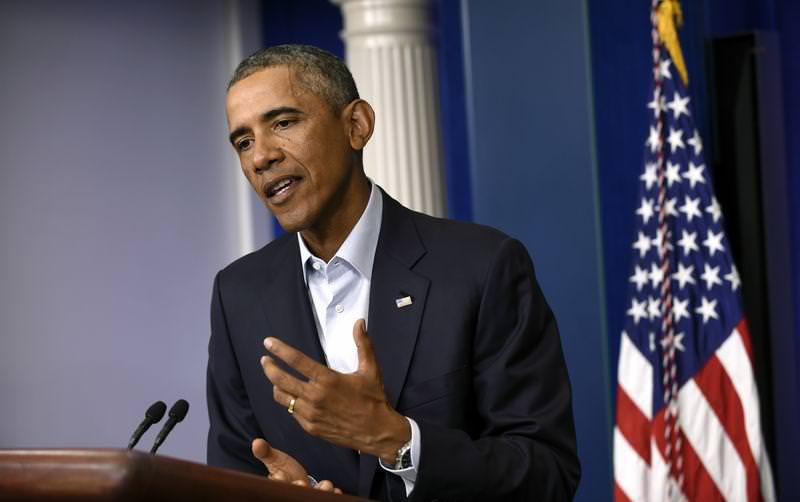 First time in US history, an American president dares to oppose the pro-Israeli lobby AIPAC. The crisis deepening day by day upon the Iran nuke deal between the US and its biggest ally in the Middle East, Israel

U.S. President Barack Obama gave a strong message to the American Israel Public Affairs Committee (AIPAC), the pro-Israel group that has been strongly opposing the Iran nuclear deal, in his meeting this week at the White House with the two executives of AIPAC.

President Obama invited two directors of AIPAC to the White House this week and gave strong messages regarding AIPAC's cold stance on the nuclear deal. The president accused AIPAC of "spending millions of dollars against the nuke deal and spreading delusive claims regarding the agreement."

According to a report by the New York Times, the president said that he will strongly oppose the AIPAC leader's attitude regarding the deal.

Obama described the ones against the nuke deal as, "Lobbyists spending millions of dollars for the liberal hawk rhetoric that got the US involved in the Iraq war," in a speech he gave in the American University after his meeting with the AIPAC directors.

AIPAC is also trying to persuade Obama's party, the Democrats against the deal. It is also important that one of the most prominent Democratic leaders, Chuck Schumer declared that he was against the deal just after his meeting with 60 AIPAC volunteers, which struck Obama.

It is said that Obama is very angry at the posters in which he is likened to the British Prime Minister Neville Chamberlain who signed the Munchen Agreement with Adolf Hitler in 1938. AIPAC denies that it is behind the posters.

The New York Times also reminded in the story that Ronald Reagan and George H.W. Bush also had some minor issues with AIPAC but never dared to oppose the lobby that is the second most effective after the gun lobby. According to the New York Times, some democrats think that Obama "has gone too far" with his remarks against the AIPAC and they are concerned about a possible permanent damage in relations between the government and the Jewish lobby in a time when the 2016 presidential elections are near.

AIPAC is considered the most powerful lobby after the gun lobby in the United States. Former president George H.W. Bush once said "I'm just a little, alone man opposing thousands of lobbyists in Capitol Hill" regarding a disagreement with AIPAC on mortgage loan guarantees to be given to Israel.