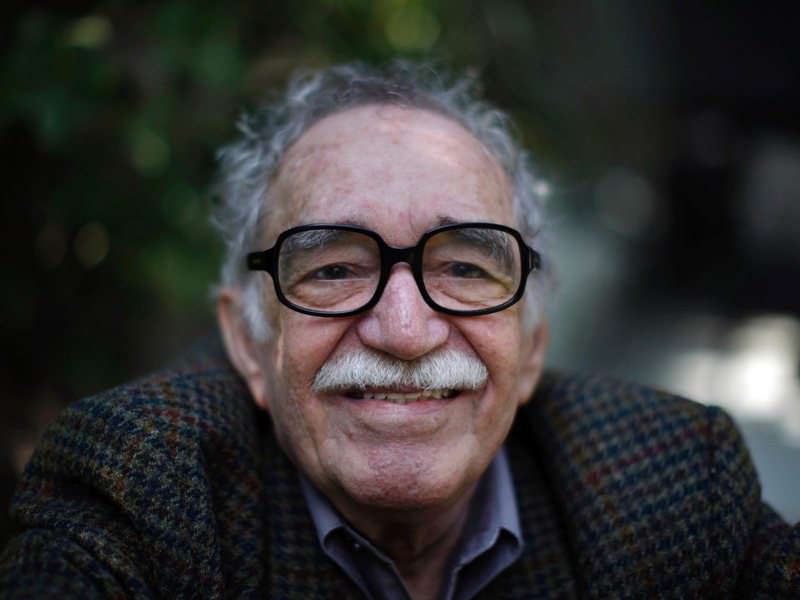 by Anadolu Agency Aug 11, 2015 12:00 am
'One Hundred Years of Solitude' author Gabriel Garcia Marquez is to rest in eternal peace in Caribbean city of Cartagena in Colombia, back to the place his writing journey began, stated Bolivian officials on Tuesday.

"It is an honor that the García Barcha family has chosen this city as his final resting place as it is somewhere which inspired a great number of his works," said Gov. Juan Carlos Gossaín of Bolivar on his Facebook page.

Plans have yet to be finalized, but it is expected that the ashes of the author of such critically acclaimed novels as One Hundred Years of Solitude and Love in the Time of Cholera, will arrive in Cartagena on Dec. 10 before being placed in the Claustro de la Merced of the University of Cartagena on Dec. 12.

Garcia Marquez, who won the prize in 1982 and has been widely credited with popularizing the literary genre of magic realism, passed away last April at his home in Mexico City after suffering from health issues. It was long believed that his ashes would be divided between his native Colombia and his adopted homeland of Mexico.

"It is fair that his ashes should return to the place where they were conceived," poet Juan Gustavo Cobo Borda told the El Espectador newspaper. "It is very symbolic," added the poet who was also a friend of Garcia Marquez.

Garcia Marquez lived for many years in Mexico City but retained a home in Cartagena where he would visit frequently until his health began to fail.

The Colombian government has discussed plans for Garcia Marquez's image to appear on national banknotes.