Former US President Jimmy Carter reveals he has cancer 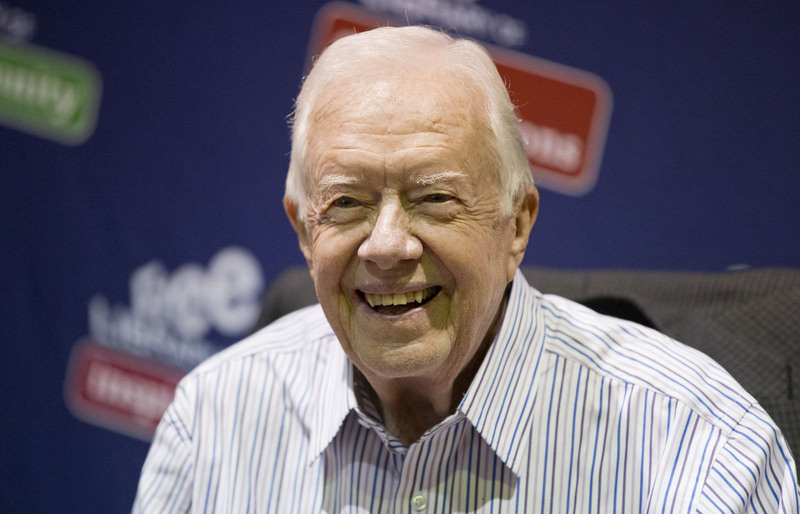 by Associated Press Aug 12, 2015 12:00 am
Former U.S. President Jimmy Carter announced from the Carter Center on Wednesday afternoon that he has cancer and will undergo treatment at Emory Healthcare in Atlanta.

Carter, 90, had surgery earlier this month to remove a small mass in his liver. He says in Wednesday's statement that the surgery revealed the cancer.

Carter says he will rearrange his schedule to be treated at Emory Healthcare. He says a more complete public statement will be issued next week when more details are known.

Carter was the nation's 39th president. After leaving the White House, he founded the center in Atlanta in 1982 to promote health care, democracy and other issues globally.