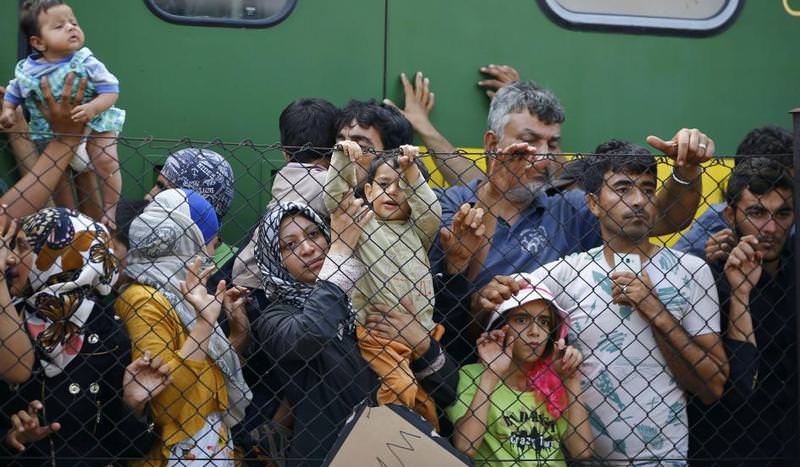 by Sep 08, 2015 12:00 am
Hundreds of Americans offered on Monday to take Syrian refugees into their homes, saying in an online petition that the United States needed to let in more migrants fleeing civil war.

Almost 1,300 people had signed the petition on the progressive MoveOn.org website calling on the United States to lift its limit on Syrian refugees as Europe struggled to cope with record numbers of asylum seekers.

The United Nations says 4 million people have fled the fighting since the start of the civil war in 2011. The United States has admitted about 1,500 refugees, and the White House said it was weighing responses to the crisis, including resettlement.

One petition signer, the Reverend Everett Shattuck, 59, a Church of the Brethren minister from Mill Creek, Indiana, said opening his home to refugees was part of the U.S. tradition of welcoming immigrants.

"Plus, we have to share some responsibility for that (war) because of our regime changes in the Middle East. Most of those refugees are a result of that," Shattuck said, alluding to the U.S. invasion of Iraq in 2003.

Wendie Wilson-Miller, 40, of Studio City, California, said she had signed the petition since the Syrian crisis seemed endless and the plight of refugees increasingly urgent.

The United States, and her family, could afford to help out, said Wilson-Miller, a fertility specialist and mother of two.

"If the United States did open their doors and say, 'Yes, we're going to allow more refugees,' and they needed more families, then I know mine would step up," she said.

The MoveOn petition said those signing were families, young couples, students, older couples whose children have moved out and others with room for people forced to flee violence in Syria.

One woman, Shannon Lehnert Brown, from Enumclaw, Washington, wrote on the site that she had a mobile home that could be fixed up.

But others, although welcoming refugees, worried that extremists could enter the United States along with those fleeing the fighting.

"I just pray that no terrorists disguised as a refugee tries to get in," wrote Patti Perry of Cranberry Lake, New York.