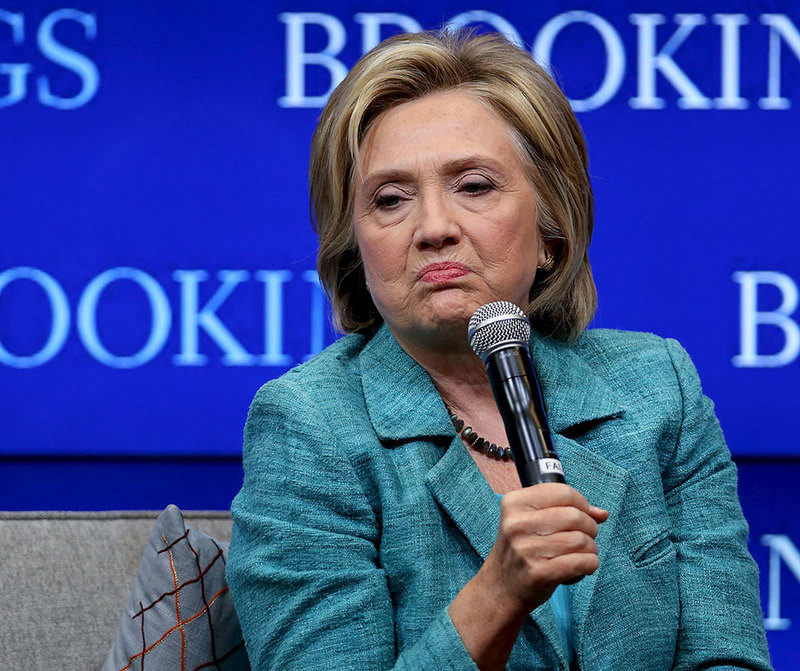 by Anadolu Agency
Sep 10, 2015 12:00 am
U.S. presidential candidate Hillary Clinton said Wednesday that she has spent years trying to get Israel to apologize to Turkey for a deadly attack on an aid flotilla to Gaza.

"We lost what was not just a working relationship but a real bridge," Clinton said. "I spent, you know, literally years trying to get the Israelis to finally apologize to the Turks on the flotilla."

She said she spoke to strategists such as Henry Kissinger to help her present a strategic argument to convince Israel that it should apologize to the Turks as soon as possible so that relations with Turkey could resume.

Clinton's comments came during a discussion at the Brookings Institution where she responded to a question of whether the U.S. could lead a partnership between Israel and Arab states, or other U.S. allies.

She said forming Mideast partnerships on shared interests is an opportunity, but warned it is not an easy goal to accomplish -- before providing the example of the Turkish-Israeli split on the flotilla case.

Israeli commandos stormed the Turkish ship Mavi Marmara in 2010 while in international waters as the vessel carried humanitarian aid to Gaza. Nine Turkish citizens were killed, including a Turkish American, and many others wounded in the operation.

The Mavi Marmara was one of six ships in the Gaza Freedom Flotilla carrying aid and construction materials to Gaza in an attempt to break a blockade of the Gaza Strip by Israel.

Israeli Prime Minister Benjamin Netanyahu apologized to Turkey in a telephone call to then-Prime Minister Recep Tayyip Erdoğan, while President Barack Obama was on a visit to Israel in March 2013.

Clinton, at the time, was no longer serving as secretary of state.

Turning to the refugee crisis in the Middle East, the veteran former top diplomat said there should be an emergency global gathering led by the UN to ensure that all nations contribute.

It is a global responsibility for every nation to contribute either by accepting refugees or contributing money to hosting countries, Clinton said.

Thousands of refugees from the Middle East and Africa are trying to reach European countries while millions of others are being hosted by countries in the region, particularly Turkey, Lebanon and Jordan.

"You should be supporting not only those refugees fleeing, but the incredible work that Jordan and Lebanon and Turkey have been doing, and they have not gotten the financial support they need," Clinton said.

She said the UN's appeal for contributions has reached just 37 percent.