Professor dead in Delta University shooting in US' Mississippi 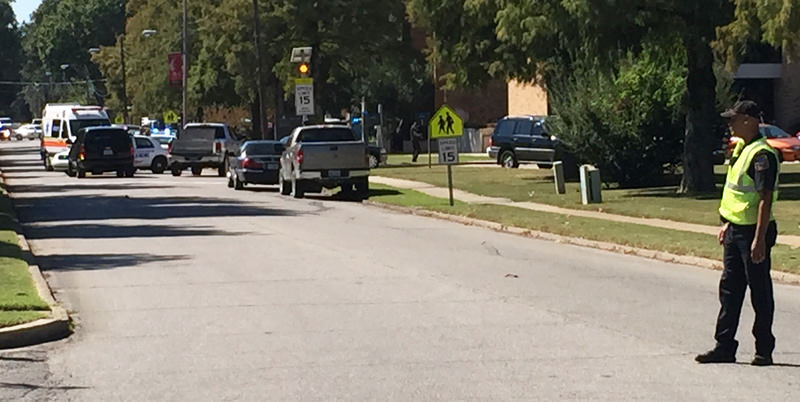 by Associated Press
Sep 14, 2015 12:00 am
A professor was killed in his office at Delta State University in Mississippi, an official said Monday, and the campus remained on lockdown with the shooter still believed to be on the loose.

Bolivar County Deputy Coroner Murray Roark said the dead man was in his mid-50s and was killed inside an office in Jobe Hall. He said officials are withholding his name for now.

University spokeswoman Jennifer Farish said she was not yet able to identify the dead person, saying it was still an "active situation." It's unclear whether anyone else was wounded.

The lockdown began about 10:45 a.m. local time, with the university advising students, faculty and staff to take shelter and stay away from windows.

Mississippi Department of Public Safety spokesman Warren Strain said a man who is believed to be the shooter was still at large. He said a description of the person was not immediately available.

The 3,500-student university is in Cleveland, in Mississippi's Delta region near the Arkansas-Mississippi state line.

"Fortunately for us, our public safety officers and university officials have trained many of us for active shooter situations," Don Allan Mitchell, an English professor, wrote in a Facebook message to The Associated Press. "Many students are locked-down in classrooms, and professors and staff members are telling them the protocol. Plus, we are all texting and Facebooking each other to make sure we are safe."

He said police helicopters were in the air, and officers were sweeping buildings.

However, another English professor, Bill Hays, said the university did a poor job of communicating with faculty, staff and students about the emergency situation.

"It's really frustrating because there is no campus-wide updating from a central command center. Everything we're getting is just rumors," Hays said in a phone call from his office in Keithley Hall, across the street from the shooting site.