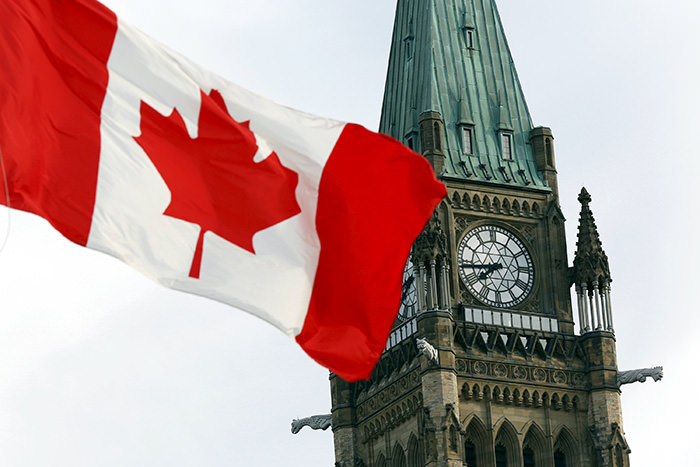 he Canadian flag flies on Parliament Hill in Ottawa August 2, 2015 (Reuters Photo)
by Anadolu Agency Sep 16, 2015 12:00 am
The Canadian government has lost its appeal against a court decision which axed a ban on women wearing the 'niqab' - or face veil - while taking the country's oath of citizenship.

The Federal Court of Appeal in capital Ottawa on Tuesday dismissed the government's bid in a case brought by a Pakistani woman trying to acquire Canadian citizenship.

In 2011, Canada's then-immigration minister, Jason Kenney, imposed a ban on face veils for those taking the oath of citizenship.

Ishaq then took legal action against the Canadian state and won her case in the country's Supreme Court in February.