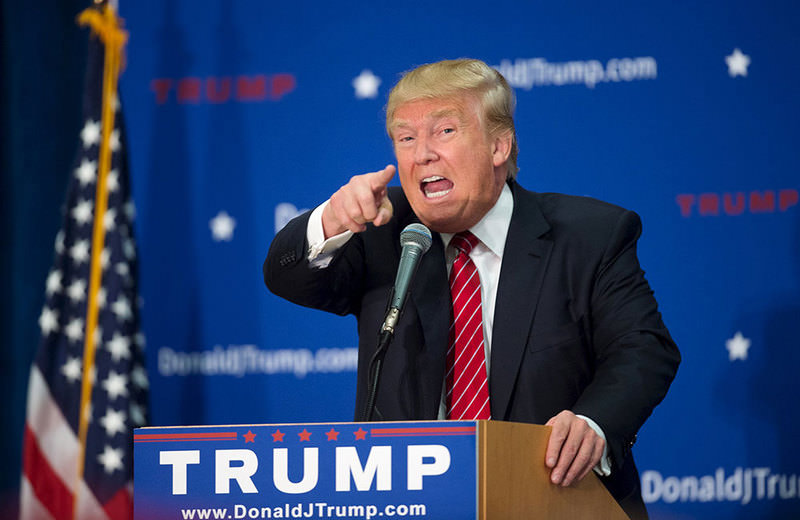 by French Press Agency - AFP
Oct 01, 2015 12:00 am
Republican US presidential front-runner Donald Trump said Wednesday that he would send thousands of Syrian refugees back to their home country if he is elected in November.

Trump's remarks to CNN television came the same day Russian warplanes began air raids in Syria's center and north in their first military engagement outside the former Soviet Union since the occupation of Afghanistan in 1979.

"We're not going to accept 200,000 people that may be ISIS. We have no idea who they are. And I'm telling you now, they may come in through the weakness of (President Barack) Obama," but would return to their homeland if Trump makes it to the White House, he said.

Washington and its allies blame Assad for the mayhem in Syria, where four years of bloodshed have killed more than 240,000 people, and fueled a massive outflow of desperate refugees. Russia argues however that the West should support Assad in his fight against the extremists.

The Pentagon says Russia has in recent weeks sent troops, warplanes and other military hardware to Syria.