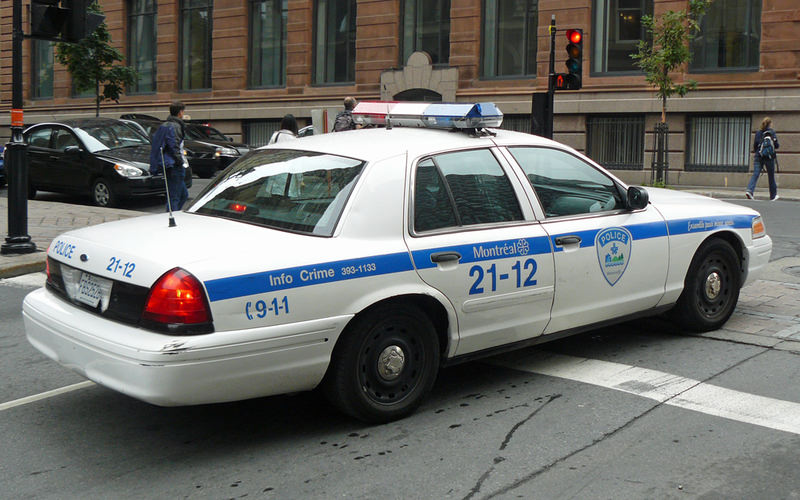 by daily sabah Oct 02, 2015 12:00 am
A pregnant Muslim woman has been a victim of a suspected Islamophobic attack on Tuesday in Canada's French-speaking Montreal, as two teenagers approached the woman from behind and tried to rip off her hijab.

The woman was on her way to pick up her daughter from school when the teenagers, two boys around age of 15, approached her on their bikes and assaulted her. The woman reportedly resisted but the teenagers pushed her down to the ground.

The police have refrained from calling the attack a hate-crime, but have not ruled out the possibility of it being motivated by anti-Islam tendencies.

"We want to make sure we confirm the facts," Const. Abdullah Emran said. "Are we dealing with two teens trying to pull prank, or an incident where a woman was targeted?"

Meanwhile, the head of the Association of Muslims for a Secular Quebec, Haroun Bouazzi, has called on the Montreal Mayor Denis Coderre to take more action against increasing hate crimes, Anadolu Agency reported.

"We're very disappointed," Bouazzi said. "We understand it's a serious matter for him [Coderre] and we hope that he's also going to say to the SPVM [Montreal police] that they have to take seriously this complaint."

Quebec's legislature has passed a motion condemning acts of Islamophobia against Muslims and Syrian refugees on October 1 in Canada's French-speaking province, which has come under criticism for the growing anti-Muslim climate in the province.

Around 100 members voted in favor of the motion tabled by Francoise David, a member of Quebec solidaire, which has three members in the 125-seat national assembly.

The motion condemns Islamophobia and incitement of hatred and violence toward Muslim Quebecers, in particular Syrian refugees.
Meanwhile, the leader of the Canada's Liberal Party, Justin Trudeau, has released a statement condemning the attack on the pregnant woman.

"Such acts are completely unacceptable and run counter to basic Canadian values and rights, embodied in and protected by our Charter of Rights and Freedoms," Trudeau said.

"Canadian multiculturalism means a country where people from every place and culture, who speak every language, live, work, build, and thrive together. For much of the world, we represent the most hopeful vision of what the future can hold," added.

Last month, Canadian government lost its appeal against a court decision which had imposed a ban on women wearing the 'niqab' - or face veil - while taking the country's oath of citizenship.

The Federal Court of Appeal in capital Ottawa on Tuesday dismissed the government's bid in a case brought by a Pakistani woman trying to acquire Canadian citizenship.