Airstrike on Kunduz hospital was 'mistake', US commander in Afghanistan says 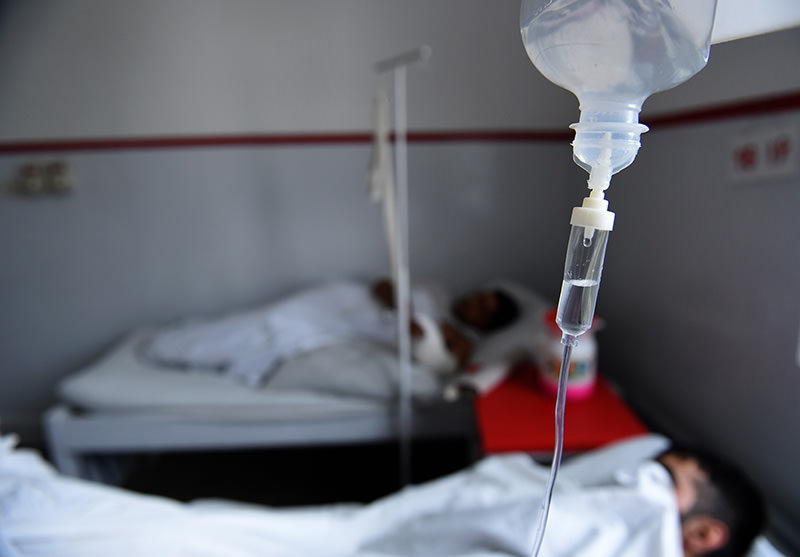 Wounded survivors of the US airstrikes on the MSF Hospital in Kunduz, receive treatment at the Italian aid organization, Emergency's hospital in Kabul on October 6, 2015 (AFP photo)
by Daily Sabah with Wires
Oct 06, 2015 12:00 am
The top U.S. commander in Afghanistan says the recent airstrike on a hospital in the northern city of Kunduz was a mistake, and the medical facility would never be an intentional target .

Gen. John Campbell told the Senate Armed Services Committee that it was a U.S. decision to conduct the airstrike and that the hospital was "mistakenly struck."

Campbell's testimony came three days after the airstrike on the medical clinic killed at least 22 people and wounded dozens more.

MSF officials have demanded an independent investigation into the incident and called it a "war crime."

Campbell said Monday that the airstrike was requested by Afghan forces who reported being under Taliban fire.

"To be clear, the decision to provide aerial fires was a U.S. decision made within the U.S. chain of command," Campbell said. "A hospital was mistakenly struck. We would never intentionally target a protected medical facility."

Campbell said he has directed forces under his command to undergo in-depth training to review operational authorities and rules of engagement to prevent further incidents like Kunduz.

Campbell said he would not disclose what recommendations he had made for U.S. force levels in Afghanistan going forward.