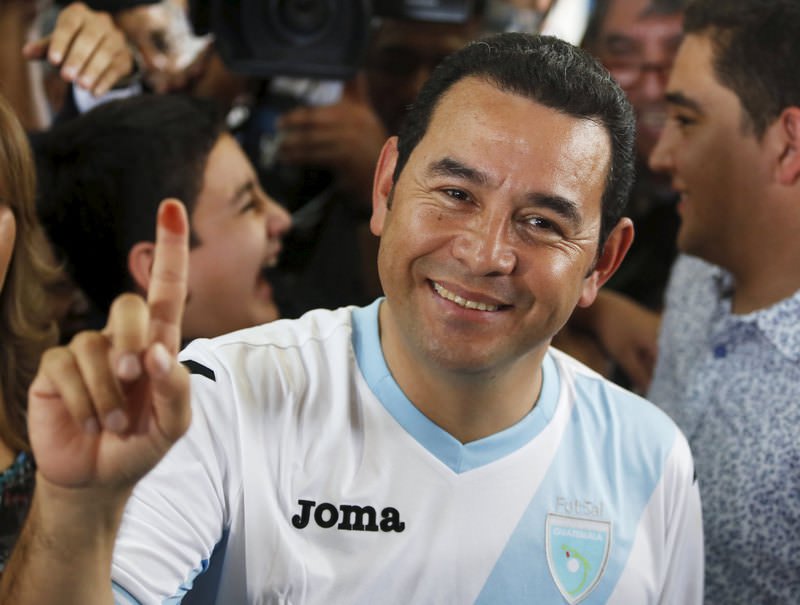 Morales claimed victory and his opponent, former first lady Sandra Torres, conceded defeat after official results showed him winning around 69 percent of the votes with 96 percent of polling stations tallied. Electoral authorities were expected to make an official announcement later in the night.

"It is not I who declare myself the winner but rather the people who have done so," Morales said.

"We recognize Jimmy Morales' triumph and we wish him success," Torres said. "Guatemala has serious problems, but the people made their choice and we respect it."

Hundreds of Morales backers gathered at his party headquarters, where a "banda" musical group played while they waited for the candidate.

"It is a historic vote," said supporter Israel Orozco. "It is a response by the people to ratify hope for change."

The runoff was held a month and a half after President Otto Perez Molina resigned and was jailed in connection with a sprawling customs scandal. His former vice president has also been jailed in the multimillion-dollar graft and fraud scheme.

Though the protests have died down since Perez Molina's resignation, many Guatemalans remain fed up with corruption and politics as usual, and Morales will face pressure to deliver immediately on widespread demands for reform.

Election officials were reporting preliminary voter participation figures a little above 50 percent, down from 71 percent in the first round.

Morales and Torres were the top two vote-getters in the first round Sept. 6, when presumed front-runner Manuel Baldizon finished a surprising third — a result considered to be a rejection of Guatemala's political establishment in the wake of the corruption scandal.

The protests began in April after the scheme involving bribery at the customs agency was unveiled by Guatemalan prosecutors and a U.N. commission that is investigating criminal networks in the country.

Investigators first targeted former Vice President Roxana Baldetti, whose personal secretary was named as the alleged ringleader of the scheme, and then Perez Molina.

Alejandro Maldonado Aguirre, who replaced Baldetti as vice president after she resigned, assumed the country's top job upon Perez Molina's departure from office.

Morales, like Torres, promised during the campaign to keep Attorney General Thelma Aldana, a key figure in the investigation, and the U.N. commission in place. He also vowed to strengthen controls and transparency, saying in a debate this past week that the government has controls and auditing powers at its disposal.

But ahead of the runoff, many Guatemalans remained skeptical that either candidate would work to root out entrenched corruption and find honest public servants to form a government.

"I've seen the forums and debates and I'm not convinced," said Oneida de Bertrand, a homemaker who took part in the protests. "They say what we all know about how the country is, but when it comes time to make proposals they don't say how."