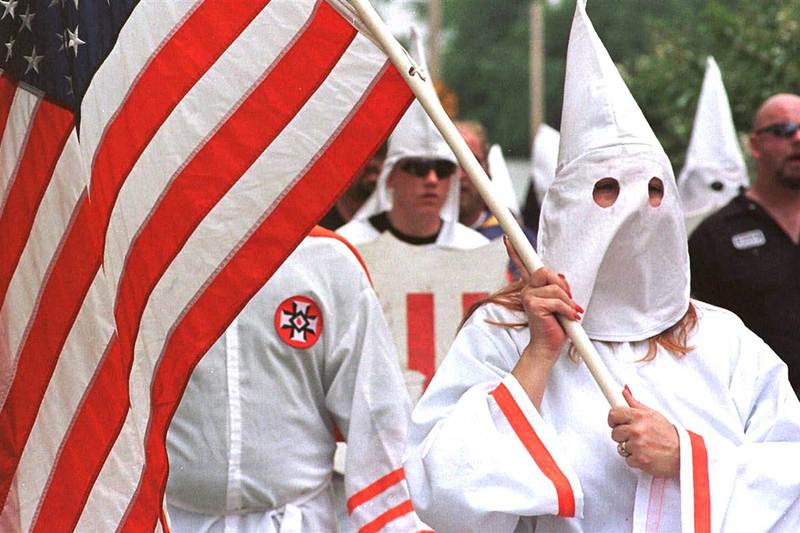 by Daily Sabah with AA Nov 03, 2015 12:00 am
Several prominent officials, including U.S. senators, refuted claims on Monday that they had ties to or were members of a notorious hate group.

The hacktivist organization, Anonymous, posted the personal information of individuals it claims are members of the Ku Klux Klan, an infamous hate group first founded shortly after the Civil War.

Nearly 60 phone numbers and more than 20 email addresses have so far been disclosed.

"For those who are asking-I have never had any affiliation with the Ku Klux Klan and deplore all forms of racial discrimination," Coats, 72, claimed on Twitter. "This is baseless Internet garbage of the worst kind."

Anonymous released a statement that asserted it would Nov. 4 reveal the identity of 1,000 KKK members-information it collected through a hacked Twitter account linked to the Klan.

"We are stripping you of your anonymity," Anonymous told the KKK in its statement. "This is not a threat, but rather a promise."
The KKK dates to 1865 but has seen several distinct iterations, including a massive influx of membership in the 1920s.
The group is well-known for its white supremacist ideology, and violence and hatred of blacks.

The shadowy organization also has anti-Semitic, anti-Islamic and anti-immigrant views.

Anonymous said its campaign coincides with the one-year anniversary of a grand jury's decision not to peruse charges against a white police officer in Ferguson, Missouri, for the fatal shooting of an unarmed black teenager that sparked nationwide demonstrations against police brutality.
Last Update: Nov 03, 2015 2:15 am
RELATED TOPICS