US police search for killers of 9-year old, who lured and executed him 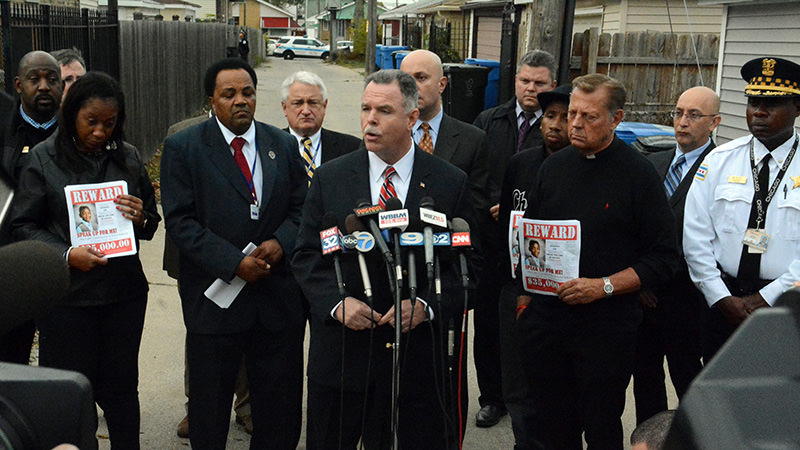 US police search for killers of 9-year old, who lured and executed him

Police continued their hunt Saturday for the killers of a nine-year-old Chicago boy who was lured into an alley and fatally shot, apparently in retaliation against his father, who had gang ties.

The bullet-riddled body of young Tyshawn Lee was found Monday not far from his home in Chicago's South Side, an area of the city that has seen a dramatic rise in homicides in recent months.

But even in a city that has become somewhat callous to sometimes deadly street violence, the boy's murder has pricked the conscience of many in Chicago, including its law enforcement officers.

"Tyshawn Lee was murdered in probably the most abhorrent, cowardly, unfathomable crime that I've witnessed in 35 years of policing," the city's police superintendent Garry McCarthy told reporters at a press conference on Thursday.

Police said Tyshawn's father, Pierre Stokes, so far has not cooperated with their investigation.

"My dealings and what I do has nothing to do with my son, period. It's crushing me, I can barely breathe at times when I think about it," Stokes said earlier this week.

He added: "I just want to see justice for my son."

US news reports say Chicago has recorded 421 homicides so far this year, the most of any city in the United States.

"Whoever did this, there is a special place for them," he said. "I hope they never see daylight, and I think anybody who knows who this is... you have a moral responsibility" to come forward.

Reverend Michael Pfleger, who for years has worked as a pastor in the community, called the targeting of an innocent child "a new low" in the city's ruthless street violence.

"A baby was assassinated right behind us in this alley," Pfleger told reporters.

"There used to be some codes, some barriers, some lines that used to be drawn in the community, some things in the city that were not acceptable," Pfleger said.