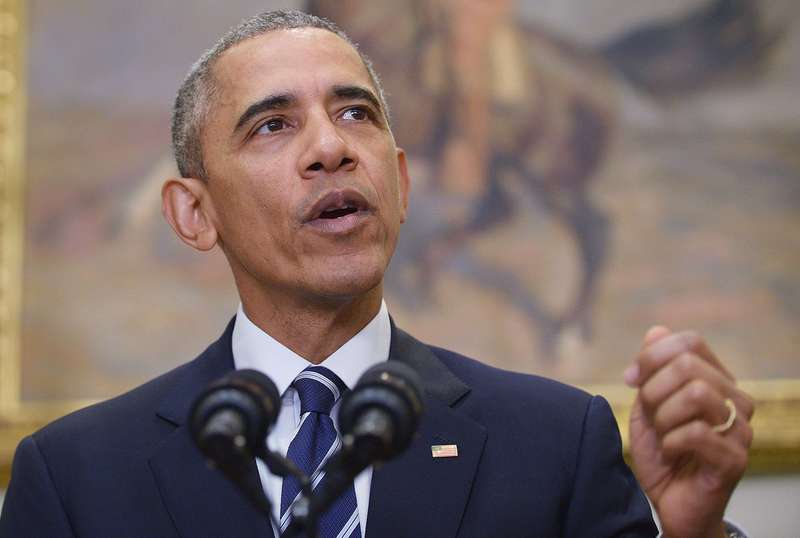 by Daily Sabah with AA
Nov 11, 2015 12:00 am
President Barack Obama will challenge subsequent rulings against his efforts to overhaul America's immigration system by taking the case to the nation's highest court, his administration announced Tuesday.

Obama announced last November that he would shield as many as 5 million undocumented migrants from deportation while planning to provide them with authorization to work in the U.S.

The president has argued that the plan allows those who are in the country illegally to come "out of the shadows", and it is an effort to ensure that families are not torn apart by the deportation of undocumented parents whose children are U.S. citizens, or if those children were brought to the U.S. illegally by their parents.

The plan has been met with stiff resistance from state governments that have argued that the measure is "lawless" and saddles them with undue burdens.

On Monday, a federal appeals court in New Orleans sided with the states, ruling 2-1 against the administration by keeping in place a ban on Obama's actions that was enacted in February by a Texas judge.

The Justice Department said that it is working to quickly settle the issue.

"The department disagrees with the Fifth Circuit's adverse ruling and intends to seek further review from the Supreme Court of the United States," spokesman Patrick Rodenbush said in a statement.

The Supreme Court is expected to take up the case by next summer.

Obama took the executive initiative after successive efforts to work with Congress to enact immigration reform were derailed by congressional Republicans.
Last Update: Nov 11, 2015 1:35 am