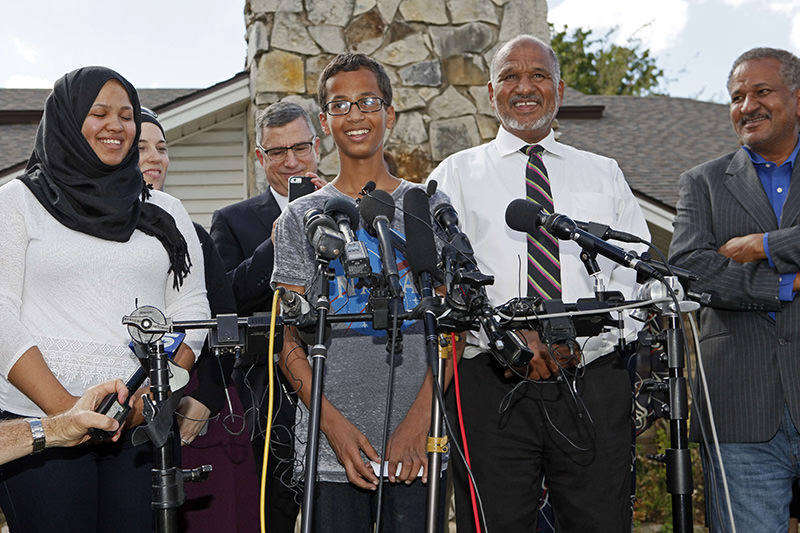 by Associated Press Nov 23, 2015 12:00 am
Attorneys for the 14-year-old Muslim boy Ahmed Mohamed, who was arrested after taking a homemade clock to his Texas school, say he was publicly mistreated and deserves $15 million.

Ahmed took his clock to school in September, and an educator thought it could be a bomb. Ahmed was arrested but never charged. He was also suspended from school.

The family accepted a foundation's offer to pay for Ahmed's education in Qatar and has since moved to the Persian Gulf country.