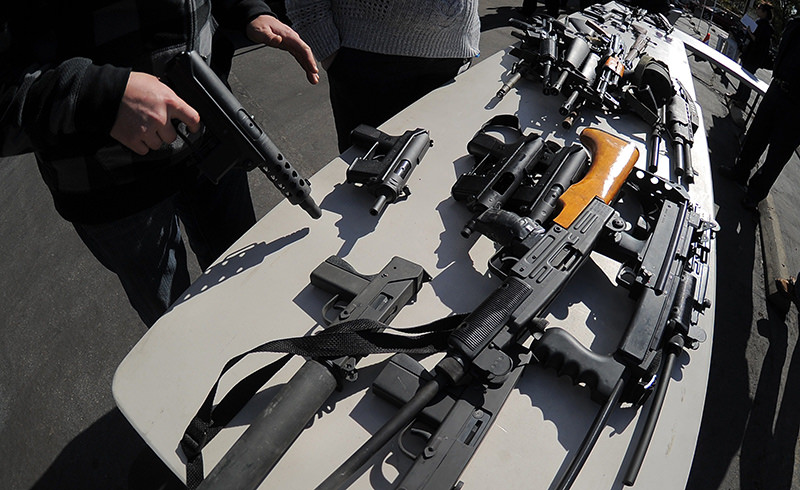 An LAPD officer stands before collected assault weapons during the LAPD Gun Buyback Program event in the Van Nuys area of north Los Angeles, on December 26, 2012 (AFP Photo)
by Anadolu Agency Jan 02, 2016 12:00 am
More than 30 people were killed by guns in the U.S. on the first day of the New Year, according to an online record of gun violence on Saturday.

The Gun Violence Archive, which collects data on gun incidents from media, government and commercial sources, reported 33 deaths on Jan. 1 from 106 incidents involving firearms. There were 81 injuries.

Three children were shot dead, including a two-year-old girl killed by her father in Wisconsin.

On Christmas Day, 27 people were killed in gun violence while 63 were injured.

According to federal records, there were 52,000 firearms incidents in 2015 across the country resulting in 13,312 deaths and around 27,000 people injured. There were 330 mass shootings in which at least four people were shot.

Obama is due to meet with Attorney General Loretta E. Lynch on Monday to discuss new gun laws that are expected to be announced in the Jan. 12 State of the Union address.