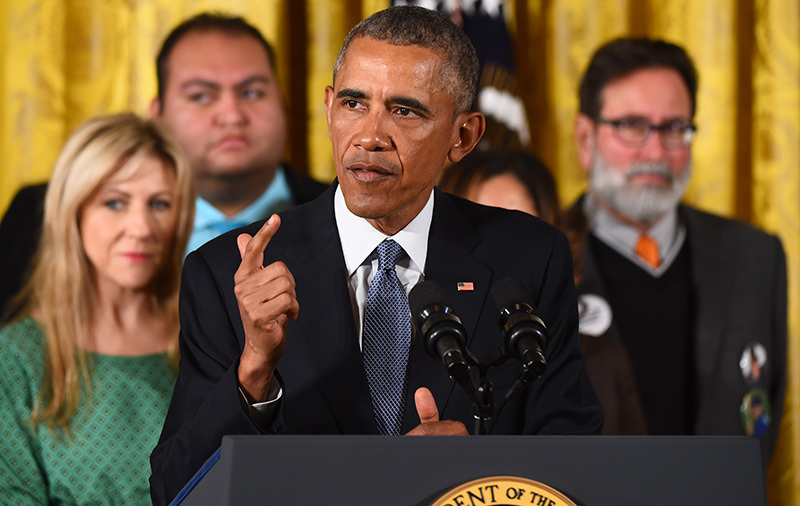 US President Barack Obama delivers a statement on executive actions to reduce gun violence on January 5, 2016 at the White House in Washington, DC. (AFP Photo)
by Compiled from Wire Services Jan 05, 2016 12:00 am
US President Barack Obama announced an expansion of background checks on gun buyers Tuesday as he seeks to tighten regulations without the help of a Congress that has frequently frustrated his efforts.

"The gun lobby may be holding Congress hostage, but they can't hold America hostage," he said. "We do not have to accept this carnage."

Obama wiped tears from his cheeks as he spoke emotionally about the victims of gun violence. 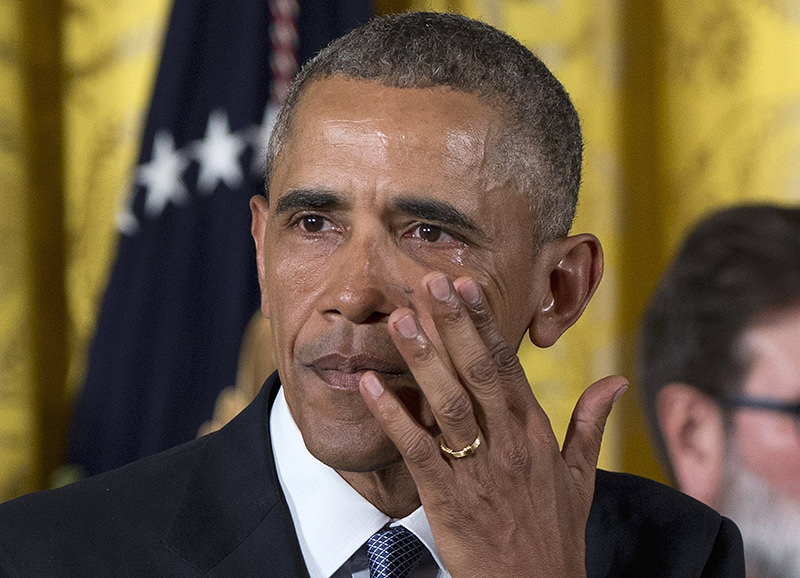 "This is not a plot to take away everybody's guns," Obama said. "You pass a background check, you purchase a firearm. The problem is some gun sellers have been operating under a different set of rules."

At the centerpiece of Obama's plan is a more sweeping definition of gun dealers that the administration hopes will expand the number of sales subject to background checks. Under current law, only federally licensed gun dealers must conduct background checks on buyers. But at gun shows, websites and flea markets, sellers often skirt that requirement by declining to register as licensed dealers. So new federal guidance from the Obama administration clarified that it applies to anyone "in the business" of selling firearms.

The White House also put sellers on notice that the administration planned to strengthen enforcement including deploying 230 new examiners the FBI will hire to process background checks.

To lend a personal face to the issue, the White House assembled a cross-section of Americans whose lives were altered by the nation's most searing recent gun tragedies, including former Rep. Gabrielle Giffords and relatives of victims from shootings at Charleston, South Carolina, and Virginia Tech.

Mark Barden, whose son was shot to death along with 19 other children at a Connecticut elementary school in 2012, introduced the president with a declaration that "we are better than this."