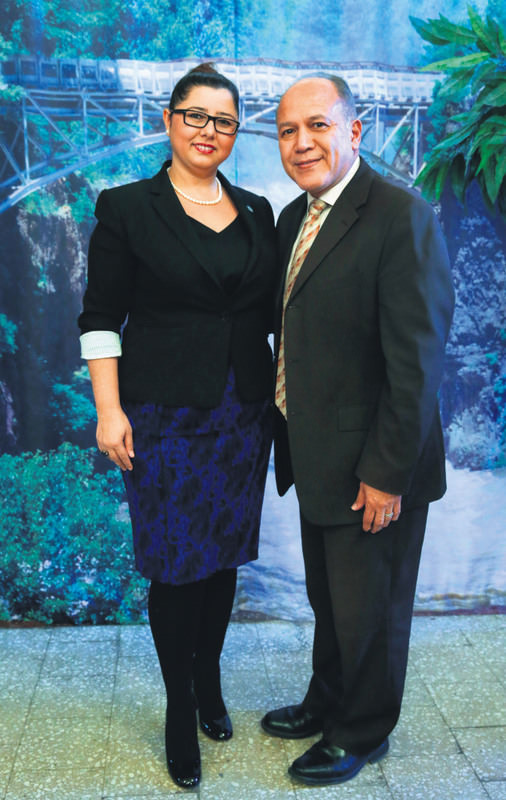 by Daily Sabah with AA Jan 06, 2016 12:00 am
Derya Taşkın, a Turkish businesswoman living in New Jersey, was appointed the post of deputy mayor in Paterson, a city where a large Muslim population lives. Paterson Mayor Jose Torres announced the appointment of Taşkın to the largely ceremonial post confident it will provide a better link between the city hall and ethnic and religious communities in the city of 146,700 people, where at least 30,000 Muslims live.

Taşkın is from a Turkish community consisted mainly of migrants from Turkey's Black Sea region and served as president of the Paterson Turkish American Society association. She was appointed as the Commissioner of the Library and Museum Board for Paterson by the mayor in 2010.

Derya Taşkın will act as a liaison between city hall and the Turkish community. Taşkın said her appointment aimed to establish a closer tie between the mayor's office and the community and she would act as "a bridge between, to resolve any problems Turks in the city may encounter." Taşkın will take office by the end of January and she said she would focus on further improving commercial ties between Turkey and Paterson. The non-paying position of deputy mayor was created by city hall in 2014 to boost community ties and Torres had earlier announced he was planning to appoint two deputy mayors apart from the existing ones, one from the Turkish community and one from the Bangladeshi community, which also has a sizeable population in the city.
Last Update: Jan 06, 2016 1:27 am
RELATED TOPICS