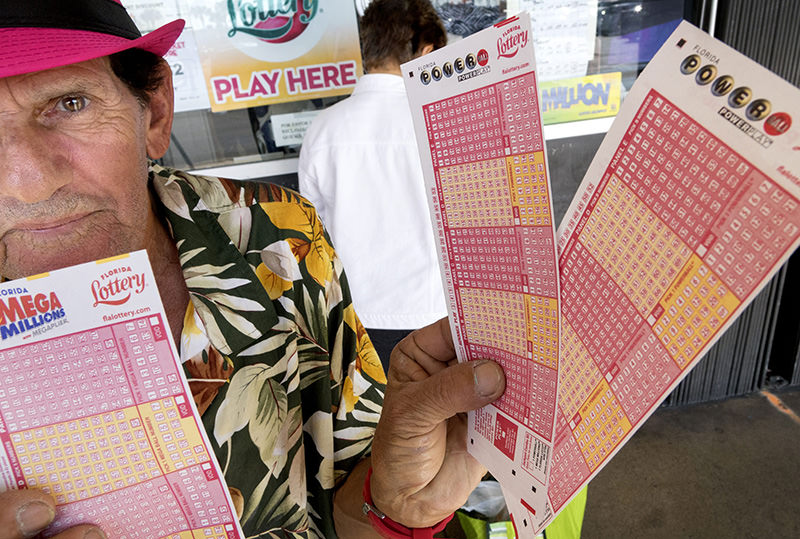 Man shows his tickets for the multi-state Powerball lottery jackpot in Miami, Florida, USA, 09 January 2016 (EPA Photo)
by German Press Agency - DPA Jan 09, 2016 12:00 am
A record jackpot of at least 900 million dollars has created lottery fever in the United States hours before the winning Powerball numbers are announced Saturday.

The sum has been steadily approaching 1 billion dollars as Powerball players line up to take their chances in the 44 US states that participate in the lottery.

The previous largest jackpot was 656 million dollars, shared among three lucky winners in the MegaMillions lottery in 2012.

The winner of Saturday's Powerball will likely see less than the full 900-million-dollar jackpot. Whoever has the correct five numbers can opt for a one-time payout of 558 million dollars - that will be further reduced by heavy taxes - or gradual payments over 29 years. Most select the one-time payment.

The odds of winning the lottery are 1 in 292 million, according to media reports. One is more likely to become US president than to win the jackpot, according to newscaster NBC.
Last Update: Jan 09, 2016 9:57 pm
RELATED TOPICS