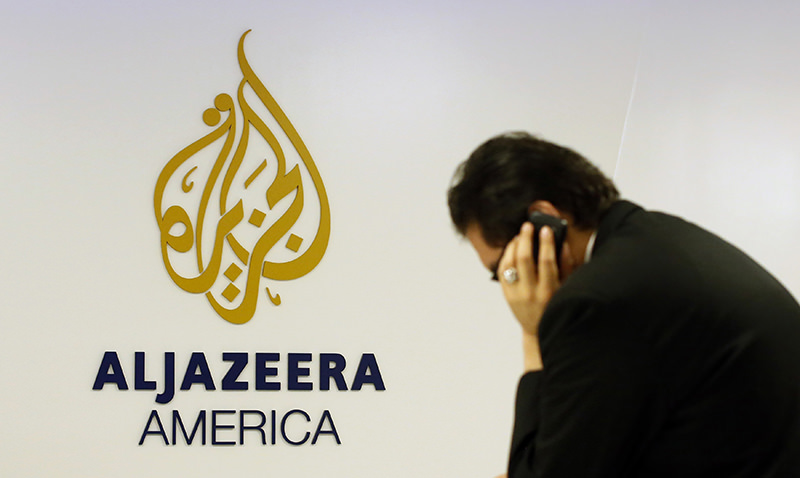 A man works at a desk in the Al Jazeera America broadcast center in New York, in an August 20, 2013 file photo. (Reuters Photo)
by Associated Press Jan 13, 2016 12:00 am
Cable news network Al Jazeera America says it is shutting down just 2 1/2 years after its launch.

Al Jazeera America says it will stop operating by April 30. It blames the "economic landscape of the media environment."

The network launched in August 2013 with a plan to offer serious-minded news coverage.

While it won some awards, not many people watched the channel. It replaced its CEO in May as key executives left amid complaints about the network's culture. Two former employees have sued.