US begins implementing law that restricts travel by foreigners who visited Iraq, Syria 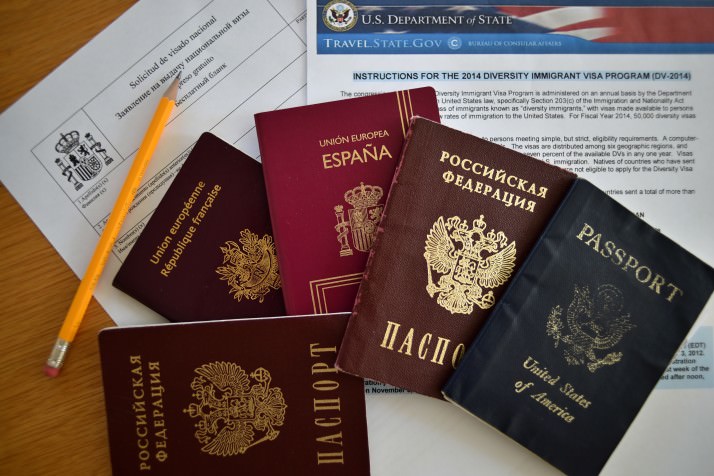 | AFP Photo
by Compiled from Wire Services Jan 21, 2016 12:00 am
The United States on Thursday began implementing a new law that will require some citizens of countries previously able to visit the United States under the Visa Waiver Program (VWP) to obtain visas, the State Department said.

Citizens of 38 countries, mostly in Europe, are generally allowed to travel to the United States without applying for a visa. But they still have to submit biographical information to the Electronic System for Travel Authorization, or ESTA.

The Obama dministration said Thursday that people who traveled to those countries as journalists, for official work with humanitarian agencies or on behalf of international organizations, regional organizations and provincial or local governments may still be eligible to visit the United States without first obtaining a visa. People who have traveled to Iran since July 14, 2015, or Iraq for "legitimate business-related purposes" will also be allowed to apply to come to the United States under the visa waiver program.

The Homeland Security Department said waivers for some ESTA applicants will be granted on a "case-by-case" basis. Those travelers who are denied visa-free travel can still apply for visa through a U.S. embassy in their home country.

State Department spokesman Mark Toner said waivers and exemptions would be applied "on a case-by-case basis." But he had no answer for questions, such as, who has Iranian citizenship. Iran's government claims many people of Iranian heritage as citizens even if they're unaware of the matter or don't consider themselves Iranian dual nationals. It's unclear how the U.S. will approach the issue.

The administration is not yet making changes to limits on visa-free travel for dual nationals.

Republican lawmakers objected to the exemptions on Thursday.

"The Obama administration is blatantly breaking the law, a law the president himself signed," said House Homeland Security Committee Chairman Michael McCaul. "This is not a difference of opinion over statutory interpretation, it is a clear contradiction of the law and the agreement we reached with the White House. President Obama is again putting his relationship with Iran's supreme leader over the security of Americans."

The Texas Republican said the exemptions announced by the administration were already rejected by Congress. He added that he and his colleagues "will respond and are reviewing our options."

House Judiciary Committee Chairman Bob Goodlatte of Virginia said the move "needlessly compromises our national security and the safety of the American people."

The new limits only affect a minority of Europeans, but it has prompted great concern in countries whose citizens generally enjoy visa-free travel to the United States. And it has drawn Iranian charges that the U.S. is violating last summer's nuclear accord by penalizing legitimate business travel to the Islamic Republic.

Iraq and Syria were targeted specifically because Daesh has seized significant territory in each country for its would-be caliphate. Iran and Sudan, like Syria, are designated by the U.S. as state sponsors of terrorism.

Toner said the change reflects the concern about "European fighters returning from Syria or Iraq or elsewhere and then trying to come to the United States via visa-free travel. It's a recognition that threat exists and an attempt to add another layer of security."

He described the visa requirement as an "inconvenience" that doesn't affect the vast majority of European travelers. For those affected, he said, "they simply have to go apply for a visa at their embassy or consulate," like millions of people do every year all over the world.
Last Update: Jan 21, 2016 11:57 pm
RELATED TOPICS