Most US Muslim voters plan to vote in presidential primaries 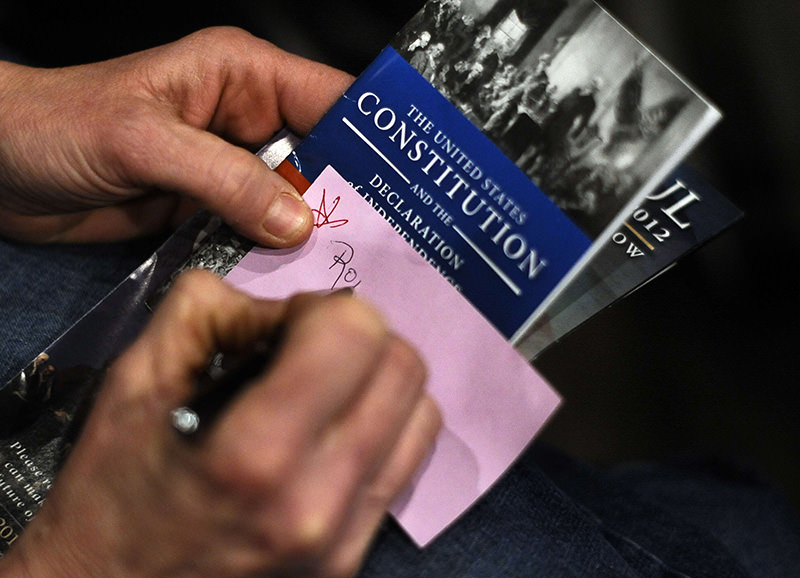 by Anadolu Agency Feb 01, 2016 12:00 am
Seventy-three percent of registered American Muslim voters say they will vote in this year's presidential primary elections with 67 percent backing Democratic candidates, according to a survey published Monday.

A little more than half of the respondents, 52 percent, said they would support Democratic frontrunner and former Secretary of State Hillary Clinton, followed by Democrat Sen. Bernie Sanders with 22 percent, indicated the survey by the Council on American-Islamic Relations (CAIR), the U.S.' largest Muslim civil rights and advocacy organization.

The number of Muslim voters intending to exercise their civic duty is up from the 69 percent in a similar poll in 2014 prior to that year's midterm elections.

"The increase in the number of Muslim voters who say they will go to the polls in their primary elections indicates a high level of civic participation that may be driven at least in part by concern over the rise in Islamophobia nationwide," said CAIR's Government Affairs Manager Robert McCaw, in a written statement.

An ironic third choice for American Muslim at 7 percent voters is Republican frontrunner Donald Trump, who has drawn the ire of the global Muslim community after he urged a ban on Muslim entry to the U.S.

In the wake of high profile terror attacks in Paris and California, Trump made the call that has helped to fuel Islamophobia in the U.S. and made it the top concern for Muslims voters.

In the 2014 survey, Islamophobia was listed as the third highest issue for Muslim voters, behind civil liberties and education.