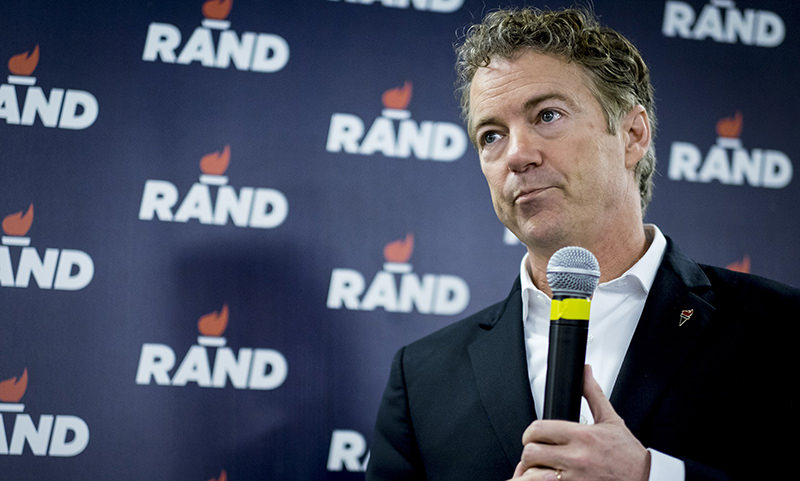 Senator Rand Paul (R-TX) speaks during a caucus day rally at his Des Moines headquarters on February 1, 2016 in Des Moines, Iowa (AFP Photo)
by Compiled from Wire Services Feb 03, 2016 12:00 am
U.S. Republican presidential candidate Rand Paul suspended his 2016 campaign on Wednesday, he said in a statement two days after the Iowa caucuses.

The U.S. senator from Kentucky, a libertarian-leaning candidate, finished in fifth place in Iowa with 4.5 percent.

"It's been an incredible honor to run a principled campaign for the White House. Today, I will end where I began, ready and willing to fight for the cause of Liberty," Paul said in a statement.

Campaign spokeswoman Eleanor May confirmed the move Wednesday to The Associated Press.

Paul and his appeals to reject American political dynasties and "to take our country back" was ultimately out-shouted by billionaire Donald Trump.

The son of former Rep. Ron Paul was elected in the conservative tea party-driven wave of 2010 and disagreed often with Republican leaders.