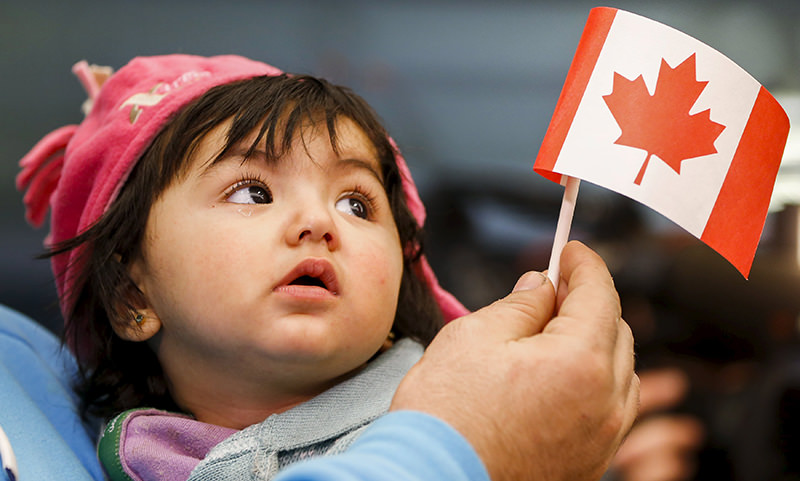 | Reuters Photo
by Anadolu Agency Feb 04, 2016 12:00 am
The U.S. Senate committee for Homeland Security met Wednesday amid concerns that Canada's plan to resettle 25,000 Syrian refugees could pose a threat to America.

The senators were after assurances that Canada would not employ any "shortcuts" as the country attempted to allow so many refugees into the country in an accelerated timeframe.

"Will there be shortcuts taken?" asked committee chair Ron Johnson. "Is that something that really ought to concern Americans here-as Canada is really ramping up-? with all wonderful intentions, being very compassionate-admitting a much higher level of refugees than they are normally taking in and at a much faster pace?"

Gary Doer, Canada's ambassador to the U.S., sent a letter to the committee in January, telling of security measures employed by Canada, the Canadian Broadcasting Corporation (CBC)reported.

A further assurance came Tuesday from Canadian Immigration Minister John McCallum, who said the Obama administration had been apprised of Canada's refugee plans and that the administration was "satisfied with what we are doing".

But two Canadian witnesses who appeared before the committee were critical of Prime Minister Justin Trudeau's refugee program.

Immigration lawyer Guidy Mamann said there are "risks" associated with bringing in 25,000 Syrian refugees by the end of March - about 16,000 are already in Canada.

"Our government believes the risks are manageable," he said. "Whether or not our efforts will work out well in the end, only time will tell."

Canadian lawyer David B. Harris, who is considered an expert on national security, said he had concerns about Canada being able to screen 25,000 refugees in four months.

"Canada is not the weak link in the fight against terrorism," she told the committee.

But U.S. northern border guard Dean Mandel-the fourth witness and who spoke on behalf of the union of 16,500 American border guards-said the 5 million foreign visitors who enter Canada annually may pose a bigger threat to U.S. security.

"Canada is a diverse nation and has a per capita Muslim population three times our own," Mandel said. "As a result, they have major inflows from tourists and business travelers and throughout the Middle East. Whether it be Canadian policies for refugees or immigration, their decisions impact U.S. security given the size and nature of our shared border."

Mandel said his union thought the 2,100 agents currently stationed on the northern border should be increased "by another 1,500", the CBC reported.
Last Update: Feb 04, 2016 8:07 am
RELATED TOPICS