Trump 'would bring back waterboarding,' worse methods if elected 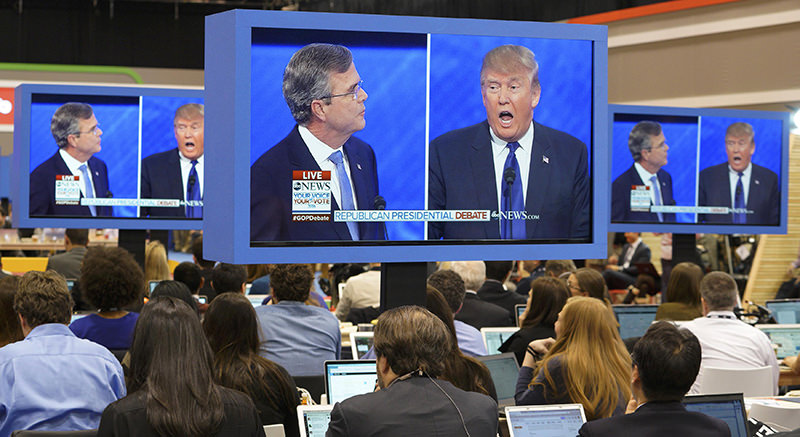 In an interview on ABC's "This Week" program, Trump discussed reviving the tactic and implementing other interrogation techniques, pointing to the recent beheadings of Christians in the Middle East as evidence of the need for stronger interrogation methods for suspected operatives of terrorist groups.

"We're like living in medieval times," he said. "If I have to do it and if it's up to me, I would absolutely bring back waterboarding. And if it's going to be tougher than waterboarding, I would bring that back, too."

When pressed by interviewer George Stephanopoulos if that meant the United States employing similar methods of beheading captors, Trump responded: "We're going to do things beyond waterboarding," adding, "Perhaps, if that happens to come."

The issue of waterboarding and other methods of interrogation was raised during Saturday night's New Hampshire Republican debate aired on ABC, with the billionaire businessman saying he would not only revive the controversial method's use, but bring back "a hell of a lot worse" if elected.

Waterboarding is the practice of pouring water over someone's face to mimic drowning as an interrogation tactic. Critics say it is torture, and Democratic President Barack Obama banned use of the method days after taking office in 2009.

Trump's rival and a fellow leader in opinion polls, Senator Ted Cruz of Texas, said during the debate that he would only allow limited use of the practice but said it did not constitute torture.

Waterboarding was used by the CIA under the Bush administration during the early days of the wars in Iraq and Afghanistan in the aftermath of the Sept. 11, 2001 attacks. Its defenders say it helped to keep America safe by garnering more information from captives, but critics argued the method never actually yielded actionable intelligence.

Republicans have been critical of Obama's decision to eliminate the practice, saying it telegraphs a position of weakness to the nation's enemies and concedes that the United States erred in using waterboarding.

On Sunday, Trump argued that the "evil" nature of modern times required more robust interrogation techniques, saying that U.S. enemies are thriving in the absence of them.

New Hampshire, where Trump maintains a lead over Republican rivals in the U.S. nominating contest for the Nov. 8 election, casts its primary ballots on Tuesday, the week after Iowa kicked off the process.