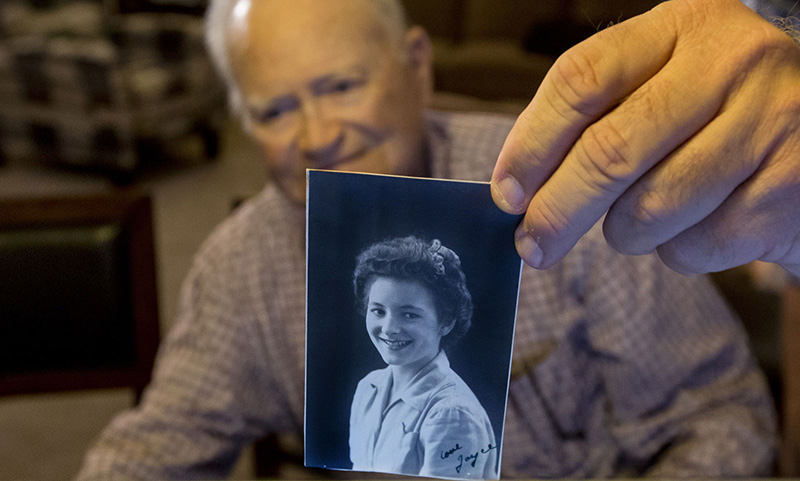 In this Nov. 6, 2015 file photo, Norwood Thomas, holds up a photo of with Joyce Morris at his home in Virginia Beach, Va. (AP)
by Associated Press Feb 10, 2016 12:00 am
A 93-year-old World War II veteran from the United States has reunited with his wartime girlfriend in Australia after more than 70 years apart.

Norwood Thomas embraced 88-year-old Joyce Morris in the southern Australian city of Adelaide on Wednesday after flying from the U.S. state of Virginia to reconnect with his lost love.

Morris was a 17-year-old British girl and Thomas was a 21-year-old paratrooper when they first met in London shortly before D-Day. 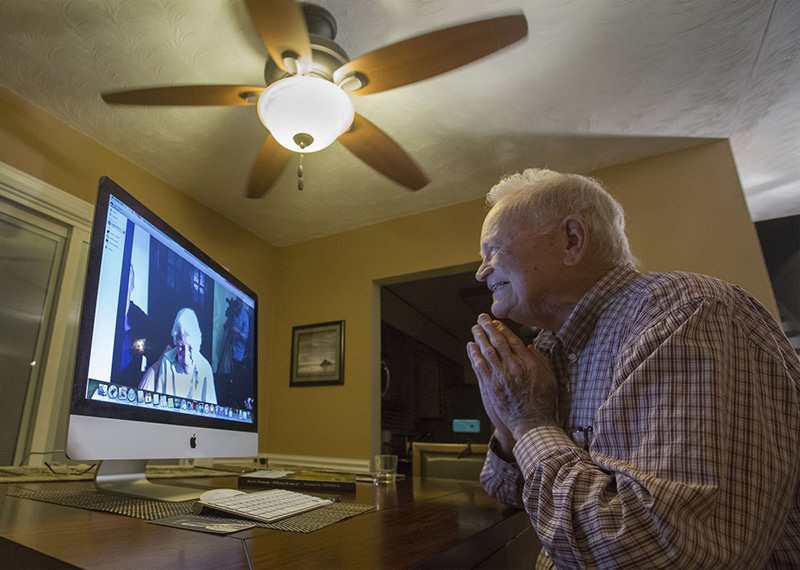 They lost touch after the war, but finally reconnected via Skype last year.

After their story went public, a fundraising campaign helped raise money for Thomas to travel to Australia to see Morris.
Last Update: Feb 10, 2016 11:09 am
RELATED TOPICS