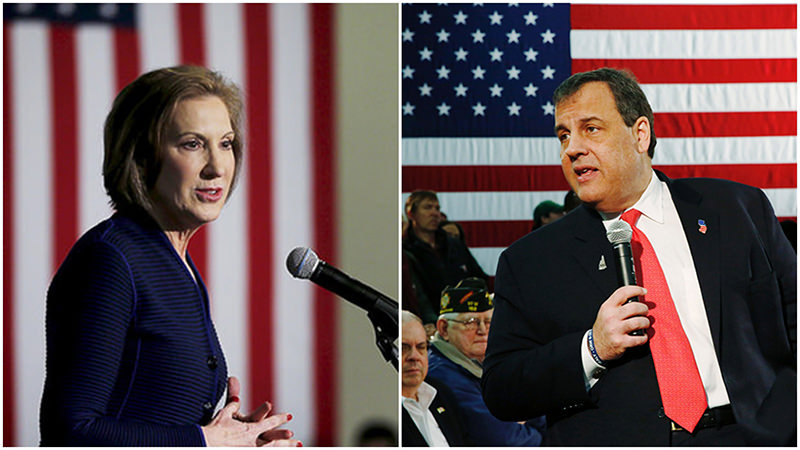 Christie on Tuesday night had told supporters he was heading home to New Jersey to "take a deep breath," await the final tally of results and decide what to do next. He said he was leaving New Hampshire "without an ounce of regret."

Christie also spoke of his campaign in the past tense at one point in his remarks on Tuesday and cancelled a Wednesday event in next-to-vote South Carolina.

Word of Christie's expected plan to call it quits came a few hours before Carly Fiorina announced on social media that she too was dropping out. The former chief executive of Hewlett-Packard won just 4 percent of the vote in New Hampshire. Christie had 7 percent.

Fiorina, who ended in seventh place Tuesday in the New Hampshire primary, said she would suspend her campaign but continue to fight against a political system that favours the powerful and wealthy.

"While I suspend my candidacy today, I will continue to travel this country and fight for those Americans who refuse to settle for the way things are and a status quo that no longer works for them," she said.