US general faints during budget press briefing at Pentagon 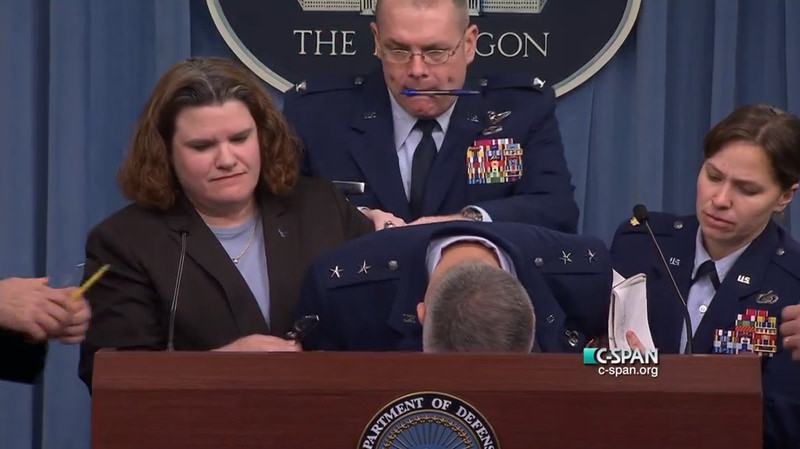 by Daily Sabah Feb 11, 2016 12:00 am
United States Air Force General James Martin Jr. fainted on Tuesday during a press conference about the Air Force's $120 billion budget at the Pentagon.

The general, who is the deputy assistance for secretary for budget, was talking about the future of the F-35 jet fighter when he started to lean forward on the stand, putting his head down.

Martin's colleagues rushed to help him out but also did not leave a joke out, saying that he had fainted after reading the budget. The reports later said that the general had the flu and that he did not have a serious health concern.