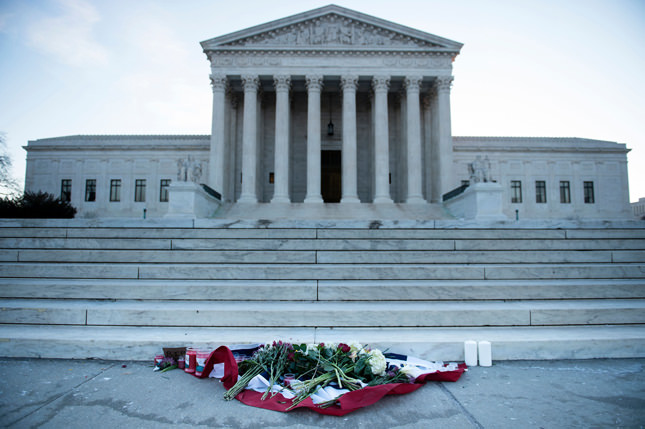 The death of U.S. Supreme Court Justice Antonin Scalia has raised a new question on whether incumbent President Barack Obama or the new one will nominate the new member for the Supreme Court which has power to affect sensitive policies

The sudden and shocking death of U.S. Supreme Court Justice Antonin Scalia opened a new and incendiary front in the already red-hot 2016 presidential race, one that promises to divide Democrats and Republicans and, perhaps, Republicans from themselves. The vacancy on the court, which is now evenly split 4-4 between its conservative and liberal wings, had Republicans calling on President Barack Obama to refrain from choosing a successor to the right-leaning Scalia while Democrats urged Obama to do as the U.S. Constitution requires and put forward a candidate to face confirmation in an albeit hostile Senate. The prospect of such a battle drew swift and furious comment from candidates vying to be elected president in November. 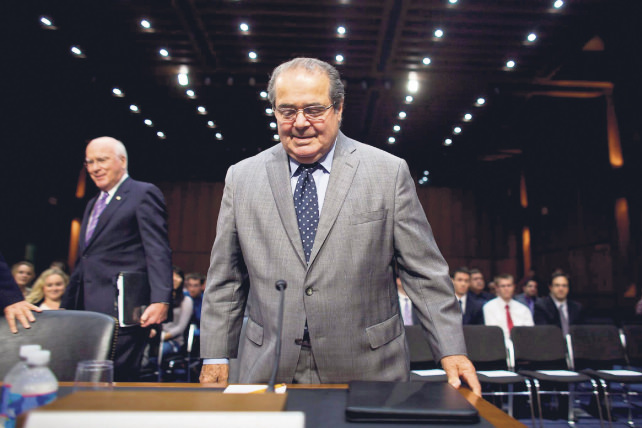 Facing off in a debate only hours after the 79-year-old Scalia's death was announced, some Republican presidential candidates seized the moment to caution voters that their party's front-runner, billionaire businessman Donald Trump, could not be trusted to nominate a stalwart conservative. "If Donald Trump is president, he will appoint liberals," charged U.S. Senator Ted Cruz of Texas during the debate in South Carolina, which holds a Republican nominating contest next Saturday.

"Two branches of government hang in the balance, not just the presidency, but the Supreme Court," Cruz said. "If we get this wrong, if we nominate the wrong candidate, the Second Amendment, life, marriage, religious liberty, every one of those hangs in the balance." Senator Lindsey Graham of South Carolina also took a shot at Trump. "Donald Trump is not a conservative, so I don't trust him to pick a judge," Graham said before the debate. A real estate mogul, Trump has supported Democratic politicians in the past. Trump, who also has taken several positions at odds with Republican orthodoxy, joined other candidates at the debate in insisting that Senator Mitch McConnell, Republican majority leader in the Senate, stand by his promise to block any Obama high court choice. "It's up to Mitch McConnell and everyone else to stop it," Trump, a former reality TV show host, said. "It's called delay, delay, delay."

Cruz and Rubio argue that Scalia's replacement must be nominated by the next president, not Barack Obama. Trump and Jeb Bush sidestepped the question of who should nominate Scalia's replacement in statements mourning the justice. But they were sure to be pressed for their opinions during the debate. Until now, the Supreme Court had factored into the presidential race only tangentially.

Under the U.S. system, the president nominates justices for the nine-member court and the Senate confirms them. The last justice to be approved by the Senate of the opposite party during an election year was Justice Anthony Kennedy in 1988. Obama has already indicated that he intends to send a choice to the Senate in coming weeks, meaning that the nominee will be heavily scrutinized by presidential candidates in both parties - and more than likely be opposed by the majority of Republicans. "The court may genuinely be a major issue this year," said David Axelrod, a former top political adviser to Obama. "It will be a hell of a fight."

Criticism of the court, which in recent years has upheld Obama's sweeping healthcare plan and legalized same-sex marriage, has already been a thread running through several Republican candidates' campaigns. The conservative majority on the court had appeared poised to invalidate Obama's immigration and climate-change policies. The loss of Scalia, considered to be a lodestar of conservative legal thought, and the potential swing of the court to the left, ensures that whatever drama plays out in the Senate this year will be mirrored on the campaign trail. Democratic candidate Hillary Clinton seemed inclined to make McConnell's threat a campaign issue. "The Republicans in the Senate and on the campaign trail who are calling for Justice Scalia's seat to remain vacant dishonor our Constitution," Clinton said in a statement.

Who was US Supreme Court Justice Antonin Scalia?

Antonin Scalia, the influential conservative and most provocative member of the U.S. Supreme Court, has died. He was 79. The U.S. Marshals Service in Washington confirmed Scalia's death at a private residence in the Big Bend area of West Texas.

Spokeswoman Donna Sellers said Scalia had retired the previous evening and was found dead Saturday morning after he did not appear for breakfast. His death sets up a likely ideological showdown during a presidential election year as President Barack Obama weighs nominating a successor to the justice in the remainder of his White House term. Scalia was part of a 5-4 conservative majority with one of the five, Anthony Kennedy, sometimes voting with liberals on the court.

Scalia used his keen intellect and missionary zeal in an unyielding attempt to move the court farther to the right after his 1986 nomination to the high court by President Ronald Reagan. He also advocated tirelessly in favor of originalism, the approach to constitutional interpretation that looks to the meaning of words and concepts as they were understood by the Founding Fathers. Scalia's impact on the court was muted by his seeming disregard for moderating his views to help build consensus, although he was held in deep affection by his ideological opposites but fellow New Yorkers, Ruth Bader Ginsburg and Elena Kagan. Scalia and Ginsburg shared a love of opera. He persuaded Kagan to join him on hunting trips. His 2008 opinion for the court in favor of gun rights drew heavily on the history of the Second Amendment and was his crowning moment on the bench. The Second Amendment of the U.S. Constitution guarantees the right to bear arms. He could be a strong supporter of privacy in cases involving police searches and defendants' rights. Indeed, Scalia often said he should be the "poster child" for the criminal defense bar. But he also voted consistently to let states outlaw abortions, to allow a closer relationship between government and religion, to permit executions and to limit lawsuits. He was in the court's majority in the 2000 Bush v. Gore decision, which effectively decided the presidential election for Republican George W. Bush. "Get over it," Scalia would famously say at speaking engagements in the ensuing years whenever the topic arose. Bush later named one of Scalia's sons, Eugene, to an administration job, but the Senate refused to confirm him. Eugene Scalia served as the Labor Department solicitor temporarily in a recess appointment.

In 2007, Scalia sided with Chief Justice John Roberts in a decision that gave corporations and labor unions wide latitude to air political ads close to elections. Yet Scalia was upset that the new chief justice's opinion did not explicitly overturn an earlier decision. "This faux judicial restraint is judicial obfuscation," Scalia said. Quick-witted and loquacious, Scalia was among the most persistent, frequent and quotable interrogators of the lawyers who appeared before the court.

During Scalia's first argument session as a court member, Justice Lewis F. Powell leaned over and asked a colleague, "Do you think he knows that the rest of us are here?" Scalia's writing seemed irrepressible and entertaining much of the time. But it also could be confrontational. It was a mocking Scalia who in 1993 criticized a decades-old test used by the court to decide whether laws or government policies violated the constitutionally required separation of church and state. "Like some ghoul in a late-night horror movie that repeatedly sits up in its grave and shuffles abroad, after being repeatedly killed and buried, (the test) stalks our ... jurisprudence once again, frightening the little children and school attorneys," he wrote. Scalia showed a deep commitment to originalism, which he later began calling textualism. Judges had a duty to give the same meaning to the Constitution and laws as they had when they were written. Otherwise, he said disparagingly, judges could decide that "the Constitution means exactly what I think it ought to mean."

His dissents in cases involving gay rights could be as biting as they were prescient. "By formally declaring anyone opposed to same-sex marriage an enemy of human decency, the majority arms well every challenger to a state law restricting marriage to its traditional definition," Scalia wrote in dissent in 2013 when the court struck down part of a federal anti-gay marriage law. Scalia was passionate about the death penalty. He wrote for the court when in 1989 it allowed states to use capital punishment for killers who were 16 or 17 when they committed their crimes. He was on the losing side in 2005 when the court changed course and declared it unconstitutional for states to execute killers that young. In 2002, he dissented from the court's decision to outlaw executing the mentally retarded.