Prominent Muslim group challenges Trump to debate; ‘We will no longer be your punching bag’ 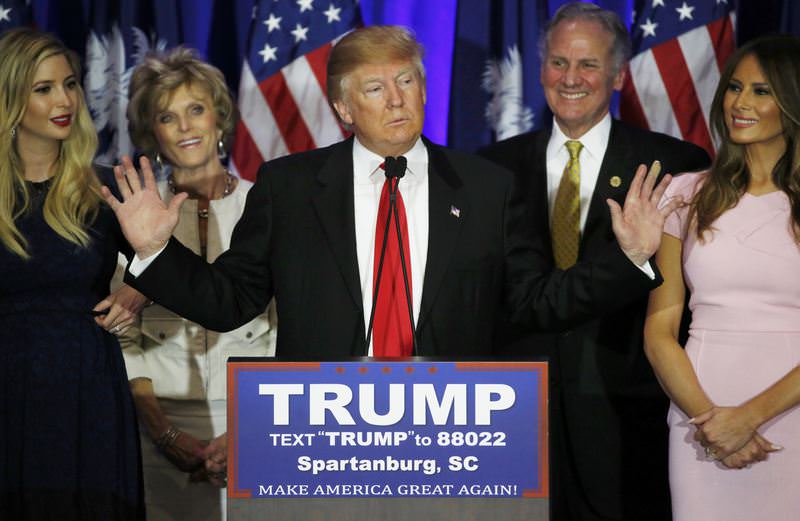 by Daily Sabah Feb 21, 2016 12:00 am
A prominent Muslim group is challenging Republican presidential front-runner Donald Trump to a debate, after his streak of controversial comments about Muslims.

"Ever since you announced your run for Presidency of the United States, you have scapegoated the American Muslim community and other minority groups for all your perceived ills of America," the Muslim Public Affairs Council (MPAC) wrote in a letter to the Trump campaign, according to the Hill's report.

The group accused Trump and his supporters of being "scared of anything that is different."

The group said it has challenged Trump to debate a representative from the American-Muslim community "on the issues" he has "raised about Islam and Muslims."

At his last election rally Friday night Trump upped the ante in his remarks about Muslims, repeating the widely discredited story of American Gen. John Pershing, who was said to have halted Muslim attacks in the Philippines in the early 1900s by shooting the rebels with bullets dipped in pigs' blood.
Last Update: Feb 21, 2016 11:13 pm
RELATED TOPICS