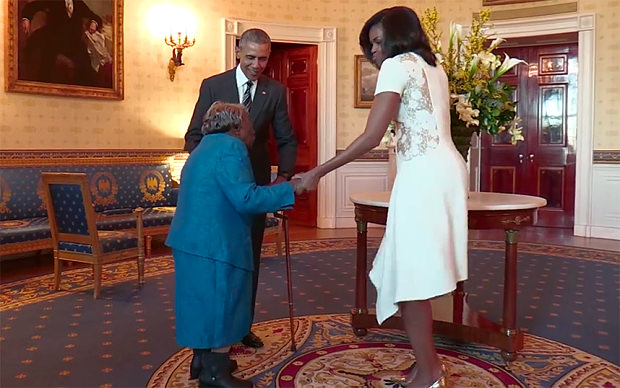 | White House Photo
by reuters
Feb 22, 2016 12:00 am
The White House released a video on Sunday (February 21) of 106-year-old Virginia McLaurin dancing with the Obamas at the White House during a Black History Month event.

McLaurin said she had long-dreamed of visiting the White House.

"I thought I would never live to get in the White House," she said to the Obamas. "I am so happy… A black president, a black wife... and I'm here to celebrate black history."

During the meeting, Michelle Obama told McLaurin: "You have just made our day. You know that?"

Obama, the nation's first African-American president, had greeted hundreds of guests in the East Room of the White House on February 18 to celebrate Black History Month, calling on individuals to honor African American history with an eye to guiding the future.

Black History Month is also celebrated in February in many public schools and government entities across the United States.
Last Update: Feb 23, 2016 7:59 am