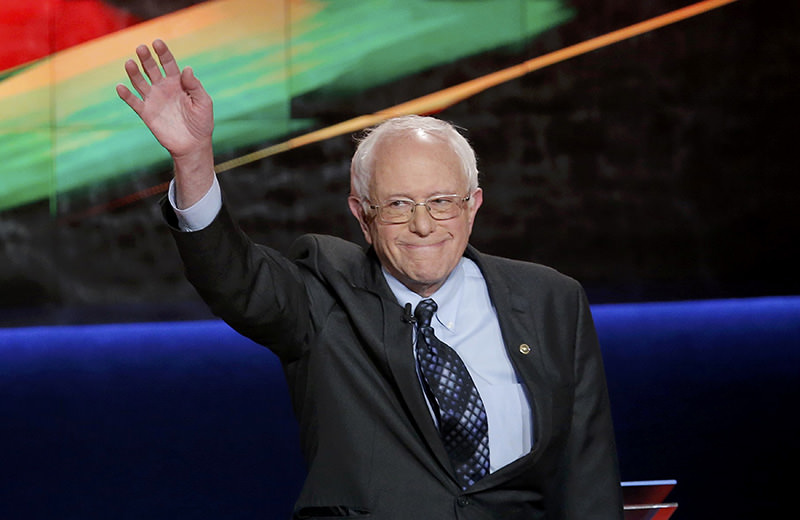 by Mar 07, 2016 12:00 am
Candidates trailing in the Republican and Democratic presidential races scored victories Sunday, keeping their hopes alive in their respective nomination battles within the two major US parties.

Rubio, a Cuban-American who represents Florida in the Senate, had 71 per cent of the vote in Puerto Rico. The outright majority gives him all 23 of the Caribbean island's delegates to the Republican nominating convention in July.

Trump was in second place with 13 per cent.

Puerto Rico is not a state and has no vote in Congress, and no voice in the November presidential elections, but both the Republicans and the left-leaning Democratic Party award the state convention delegates.

With more than 80 per cent of precinct results reported, Sanders had about 64 per cent of the vote to 36 per cent for former secretary of state Hillary Clinton.

Sanders represents the nearby state of Vermont, and has done well in New England, as the north-eastern region of the United States is known.

The result keeps Sanders, a self-described democratic socialist who serves in Congress as an independent, in viable competition with Clinton, a former first lady who was expected to be the left-leaning Democratic Party's runaway presidential nominee.

Sunday's voting followed Saturday results in which Cruz won by wide margins over Trump in Republican caucuses in Kansas and Maine, while Trump prevailed by narrow margins in Louisiana and Kentucky.

The weekend's results in the state-by-state presidential nominating process failed to bring resolution to the race in either party.

Trump, a political neophyte, has gathered a strong following even as the Republican establishment has increasingly mobilized to stop the rise of the brash billionaire.

Both Rubio and Ohio Governor John Kasich are counting on wins in their home states on March 15 to revive their campaigns.
Last Update: Mar 07, 2016 7:25 am
RELATED TOPICS