FBI claim that only Apple can unlock phone is false, Snowden says 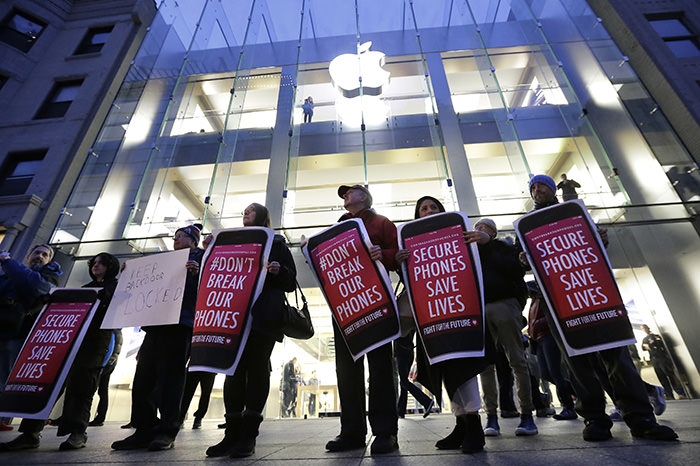 |AP Photo
by Daily Sabah Mar 09, 2016 12:00 am
The United States National Security Agency (NSA) whistleblower Edward Snowden has argued that the FBI's claim saying Apple is the only source which can unlock San Bernardino shooter Zyed Rizwan Farook's iPhone is a bogus claim, the Intercept reported on Wednesday.

Snowden rejected the claims by FBI that Apple is the only one with the technical abilities to unlock the phone, saying "Respectfully, that's bullshit," over a video link from Moscow.

Apple's legal battle with the FBI over encryption heads toward a showdown, there appears to be little hope for a compromise that would placate both sides and avert a divisive court decision. The FBI is pressing Apple to develop a system that would allow the law enforcement agency to break into a locked iPhone used by one of the attackers in the San Bernardino, California, shootings, a demand the tech company claims would make all its devices vulnerable.

In an effort to break the deadlock, some United States lawmakers are pushing for a panel of experts to study the issue of access to encrypted devices for law enforcement in order to find common ground.