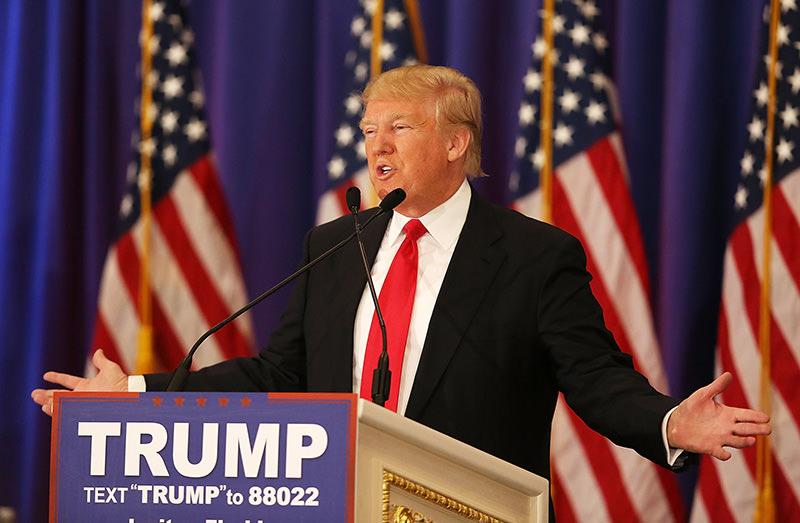 by Mar 09, 2016 12:00 am
Republican front-runner Donald Trump on Tuesday won three more states - Michigan, Mississippi and Hawaii - setting the stage for a potentially decisive next round of intra-party battles for the conservative party's presidential nomination.

Meanwhile, Democratic front-runner Hillary Clinton rolled to victory in Mississippi on the Gulf Coast but lost the lead in Michigan after a close battle with Senator Bernie Sanders.

Ted Cruz secured his victory in the north-western state of Idaho.

After Tuesday's victories, the billionaire Trump predicted that his campaign for the nomination would soon be unstoppable.

"There's only one person that did well tonight: Donald Trump," he said in an appearance at a golf course he owns in Florida, where Republicans hold a pivotal primary vote on March 15.

He said he expects to "do really well in Florida" and Ohio, another populous state that votes the same day. The two large states are the first to assign their delegates to the party's July nominating contest by winner-take-all rules.

The real estate magnate also ridiculed his three remaining Republican rivals: "They're pretty much all gone. ... We started with a field of 17 [Republican candidates], and now we're down to four, and I want to close things out."

Clinton, speaking at a rally in Cleveland, Ohio, drew a distinction between her Democrats and their conservative rivals.

"We are better than what we are being offered by the Republicans," Clinton said.

Sanders thanked voters for an "enormously successful night" in Michigan, where he held a slim lead over Clinton with 86 per cent of the vote counted.

Saying that the voters "repudiated the pundits" who had predicted a Michigan win for Clinton, Sanders said the results demonstrated that his "people's revolution ... is strong in every part of the country."

He acknowledged that regardless of who won Michigan, the delegate gains in the state will be split almost evenly between the two candidates.

The contests follow weekend primaries and caucuses that saw wins for Cruz in Kansas and Maine, Florida Senator Marco Rubio in the Caribbean territory of Puerto Rico, and Trump in Louisiana and Kentucky.

Trump's opponents, including several deep-pocketed conservative groups, are pouring money into television ads attacking the political neophyte, whom they fear could destroy the Republican Party with his divisive rhetoric.

Cruz hopes to ride his strong showing Saturday to become the top pick among anti-Trump voters, as Rubio has faltered despite support from key party officials.

Florida and Ohio, as the home states of Rubio and Kasich, are considered must-win for each candidate.

Clinton, who has won across the South, put up another large majority - above 80 per cent of the vote with the count still underway - in Mississippi.

In Michigan, Clinton and Sanders were locked in a tight battle early in the count.
Last Update: Mar 09, 2016 4:08 pm
RELATED TOPICS