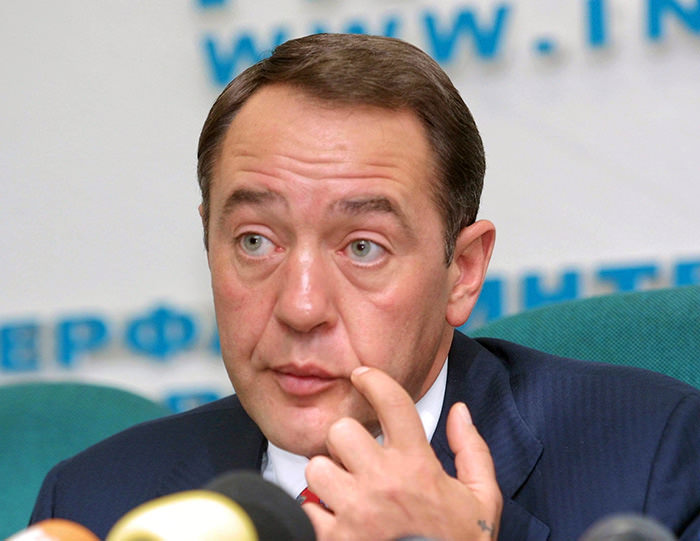 An autopsy has found that blunt force trauma to the head was the cause of death for one of Russian President Vladimir Putin's former aides whose body was found in a Washington hotel room.

District of Columbia police spokesman Officer Hugh Carew confirmed the autopsy results for Mikhail Lesin on Thursday. The D.C. Medical Examiner's Office said in a statement that other contributing causes were blunt force injuries of the neck, torso, arms and legs.

The medical examiner found the manner of death to be undetermined. Carew says police continue to investigate Lesin's death. His body was found at the Doyle Dupont Circle Hotel in November.

Lesin was a media adviser to Putin who helped found the English-language news service Russia Today.

The findings contradict Russian state media reports, which said the former minister of media affairs died of a heart attack.

The Post quoted Washington police spokesman Dustin Sternbeck as saying that the case remains under investigation.

He declined to say whether the medical examiner's findings indicate that a crime may have been committed, it said.

Sternbeck and the medical examiner's office could not immediately be reached for comment.

A controversial figure, Lesin had been accused of limiting press freedom in Russia.

He was Russia's minister of press, television and radio between 1999 and 2004, and later served as a Kremlin aide.

In 2013, he became head of Gazprom-Media Holding, the media arm of state energy giant Gazprom, and oversaw the work of Russia's top liberal radio station Echo of Moscow.

In Moscow, foreign ministry spokeswoman Maria Zakharova posted on Facebook early Friday that the Russian embassy in Washington had repeatedly inquired about the probe into Lesin's death but had never received a reply.

"We are waiting for Washington to give us the relevant information and official data about the investigation," Zakharova wrote, adding that Russia would send the US a request for "international legal assistance" if the information circulating in the media turned out to be true.

An unnamed representative of the Russian embassy in Washington was quoted by the RIA Novosti state news agency as saying: "We intend to make requests (to the US) in order to receive answers to the questions that are worrying the Russian side."

In 2014, Republican Senator Roger Wicker of Mississippi called for a probe into Lesin on suspicion of money laundering and corruption.

He allegedly amassed millions of dollars in assets in Europe and the United States while working for the government, including $28 million (25 million euros) in real estate in Los Angeles.

"That a Russian public servant could have amassed the considerable funds required to acquire and maintain these assets in Europe and the United States raises serious questions," Wicker wrote.