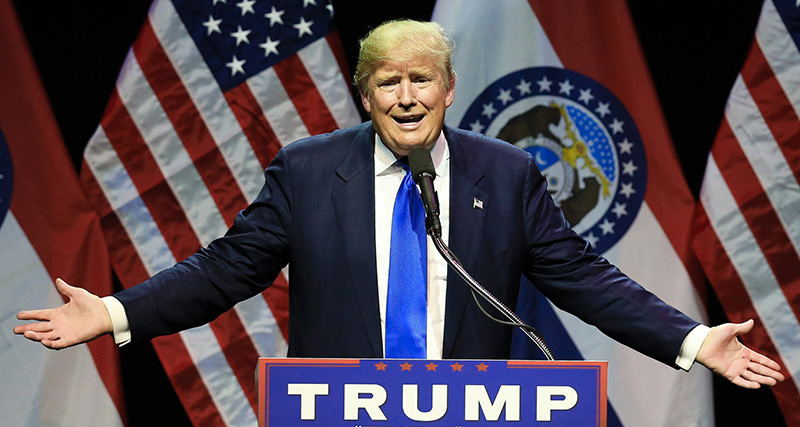 Donald Trump was badly defeated in contests Saturday in the US capital and Wyoming, suggesting that the race for the Republican nomination for the 2016 presidential election is tightening.

The bombastic real estate mogul may be ahead in national polls and in party delegates, but Florida senator Marco Rubio easily defeated him in the Republican caucus in the US capital.

Rubio earned 37.3 of the vote against 35.5 for Ohio Governor John Kasich, US media reported. Trump was third, with 13.8 percent support.

Rubio won ten of the 19 delegates at stake, while Kasich walked away with the other nine, leaving none for Trump.

Washington is an overwhelmingly Democratic city where just six percent of registered voters are Republicans. Party faithful stood in long lines throughout the day to cast ballots.

In the western state of Wyoming, Texas Senator Ted Cruz crushed Trump by winning 66.3 percent of the ballots in a party caucus, far ahead of Rubio, his nearest rival, who earned 19.5 percent of the vote.

Trump came in third with a measly 7.2 percent.

With these results, Cruz wins nine delegates, while Rubio and Trump scored one delegate each, with another delegate uncommitted.

Trump has angered much of the Republican Party establishment, and the millions of dollars being spent on attack ads against him by independent political action committees, or PACs, may finally be showing an effect.

The caucus results came one day after Trump called off a rally in Chicago amid scenes of violence, which the Republican frontrunner blamed on protesters, while his rivals point their fingers at Trump's incendiary rhetoric.

In other contests, Hillary Clinton won in the first ever Democratic Party caucus on the Northern Mariana Islands, a US possession deep in the Pacific Ocean.

And Cruz picked up one delegate in Guam, another US possession in the Pacific, while the island's five other delegates were uncommitted, CNN reported.

The biggest prizes will be on Tuesday, when primaries are held in five delegate-rich states -- Florida, Illinois, Missouri, North Carolina and Ohio.