Donald Trump warns of 'riots' if he doesn't get nominated 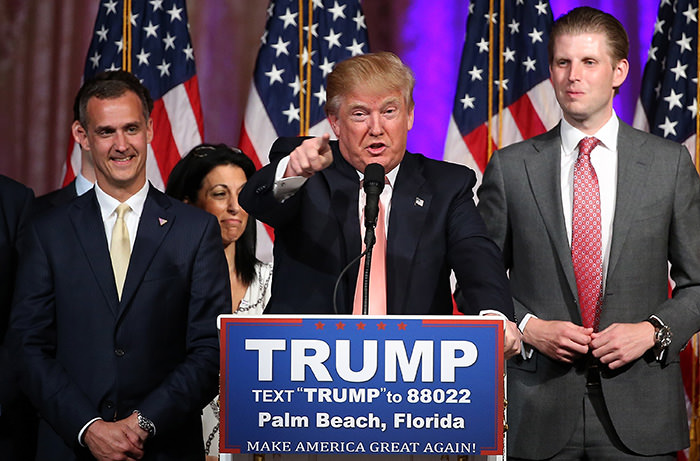 Donald Trump warned Wednesday that "riots" could break out across America if he is denied the Republican presidential nomination despite having won most of the party's primary and caucus elections.

"We're way ahead of everybody. I don't think you can say that we don't get it automatically," Trump told CNN, the morning after his latest round of election victories, in Illinois, North Carolina and Florida.

"I think you would have riots," he said. "You know, I'm representing many, many millions of people."

"I think you would have problems like you've never seen before," Trump said on CNN.

In the Democratic race, Hillary Clinton's victories in Florida and North Carolina were expected, but Bernie Sanders, a Vermont senator and self-described democratic socialist, had hoped to take the industrial states of Ohio and Illinois, both of which Clinton won.

Sanders is unlikely to overtake Clinton in the delegate count, but his victory last week in Michigan underscored the unease that many Democratic voters have about her candidacy.

Overall, Clinton has at least 1,561 total delegates including superdelegates, who are elected officials and party leaders free to support the candidate of their choice. Sanders has at least 800 delegates when the count includes superdelegates. It takes 2,383 to win the Democratic nomination.

In Missouri, the margins between Trump and Cruz and between Clinton and Sanders, were less than one-half of 1 percentage point, meaning the losing candidate can request a recount.