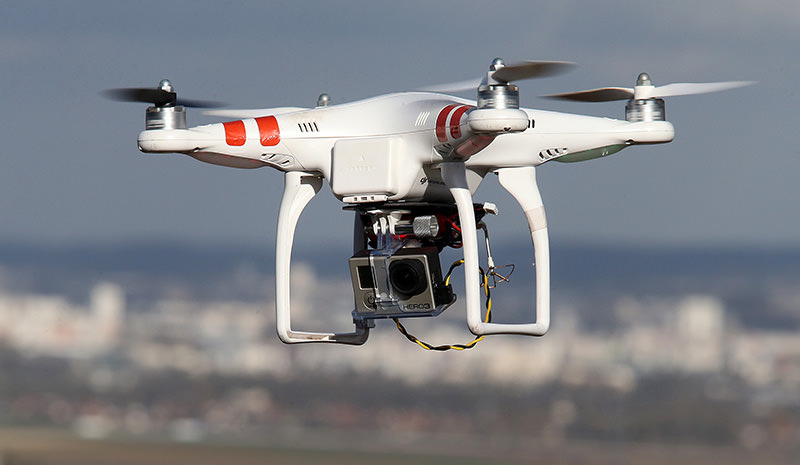 A drone came within 200 feet of hitting a Lufthansa jet near Los Angeles International Airport on Friday the latest run-in between aircraft and the increasingly popular unmanned flyers.

The pilot of a Lufthansa A380 approaching the airport reported that a drone passed about overhead around 1:30 p.m., said Ian Gregor, spokesman for the Federal Aviation Administration.

The plane was flying at 5,000 feet and was about 14 miles east of the airport, over the heavily populated suburbs of Los Angeles. It landed safely.

A message to Lufthansa seeking comment was not immediately returned.

Police and Los Angeles County sheriff's helicopters were asked to keep an eye out for the drone but there was no immediate word about where it was launched or landed, what type of drone it was, or to whom it belonged.

"This is one more incident that could have brought down an airliner, and it's completely unacceptable. A near-miss of 200 feet should serve as a stark reminder of the dangers posed by reckless drone use," Sen. Dianne Feinstein said in a statement.

The California Democrat introduced legislation last year that would require the FAA to create rules about where and how high drones could fly and to require the aircraft to have safety features such as collision-avoidance software.

Government and industry officials have expressed concern that if a drone much like a bird is sucked into an aircraft engine, smashes a cockpit windshield or damages a critical aircraft surface area, it could cause a crash.

While no confirmed collision has been reported, a report released last year counted at least 241 reports of close encounters between drones and manned aircraft, including 28 in which pilots had to veer out of the way.

Bard College's Center for the Study of the Drone in New York found that 90 of the close drone encounters involved commercial jets.

The study examined incidents from December 2013 and September 2015. It found that most of the drone sightings occurred within 5 miles of an airport and at altitudes higher than 400 feet.

Last year a man agreed to give up his $6,000 drone system and promise not to fly a drone for three years after the craft flew into the path of a police helicopter during a Hollywood manhunt.

In December, a 3-pound drone climbed into the path of a California Highway Patrol helicopter, which was forced to make a sharp turn.

The confrontations could increase because drone sales are booming.

The Consumer Technology Association has estimated that 2.8 million drones will be sold in the U.S. this year, a 149 percent increase from 2015.

Last month, the FAA announced there are now more registered drone operators in the U.S. (325,000) than there are registered manned aircraft (320,000).