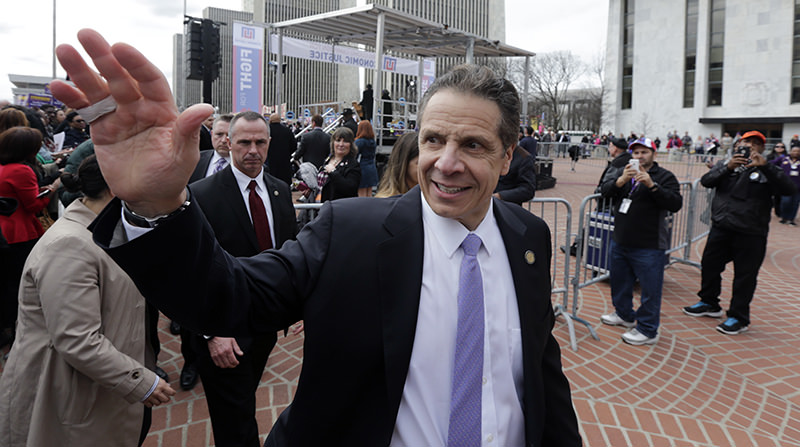 A group of more than 40 millionaires in New York state has written to Democratic Gov. Andrew Cuomo and top lawmakers calling on them to consider raising taxes on the state's wealthiest residents to help address poverty and rebuild failing infrastructure.

The letter, a copy of which was given to The Associated Press, proposes new, higher tax rates for the top 1 percent of earners.

The letter goes on to say additional revenue is needed to address child poverty, homelessness and aging bridges, tunnels, waterlines and roads.

"As New Yorkers who have contributed to and benefited from the economic vibrancy of our state, we have both the ability and the responsibility to pay our fair share," the letter states. "We can well afford to pay our current taxes, and we can afford to pay even more."

Those signing the letter include Abigail Disney, Leo Hindery and Steven C. Rockefeller. The tax plan, known as the one-percent tax plan, was worked out in conjunction with the Fiscal Policy Institute, a left-leaning economic think tank.

"As a businessman and philanthropist and as a citizen of New York State, I believe we need to invest in our people and our infrastructure," Hindery, the managing partner of InterMedia Partners, a media industry private equity fund, said in a statement accompanying the letter. "The one-percent tax plan makes it possible to make these investments, and simply asks people like me to continue to pay a higher tax rate, as we should."

The one-percent plan would create new, higher tax rates for those making $665,000 or more.

Their proposal faces significant political obstacles in the state Legislature. While the Democratic majority in the Assembly has its own plan to increase taxes on millionaires, the Republican-led Senate opposes the idea. Lawmakers are now negotiating the details of the state budget and hope to have a deal in place by April 1.

An existing, lower tax on millionaires is set to expire next year.