Stranded men saved from remote island thanks to 'help' sign 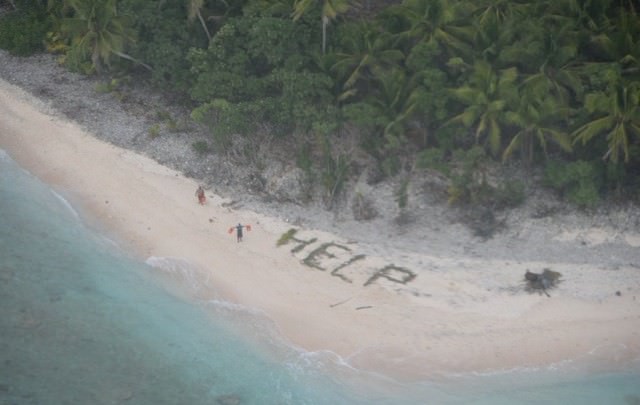 | US Navy Photo
by Associated Press Apr 09, 2016 12:00 am
Officials say three men who had been missing for three days were rescued Thursday from a deserted Pacific island after a U.S. Navy plane spotted a gigantic "help" spelled out with palm leaves.

U.S. Coast Guard spokeswoman Melissa McKenzie said Saturday that the men were reported missing Tuesday by their families after they failed to show up at the island of Weno.

McKenzie says the men were traveling in a skiff between two Micronesian islands when they were overtaken by a wave.

She says they were all wearing life jackets and were able to swim to the deserted island.

Two hours after being located, the men were picked up by a local small boat and taken to a hospital.
Last Update: Apr 10, 2016 3:20 pm
RELATED TOPICS