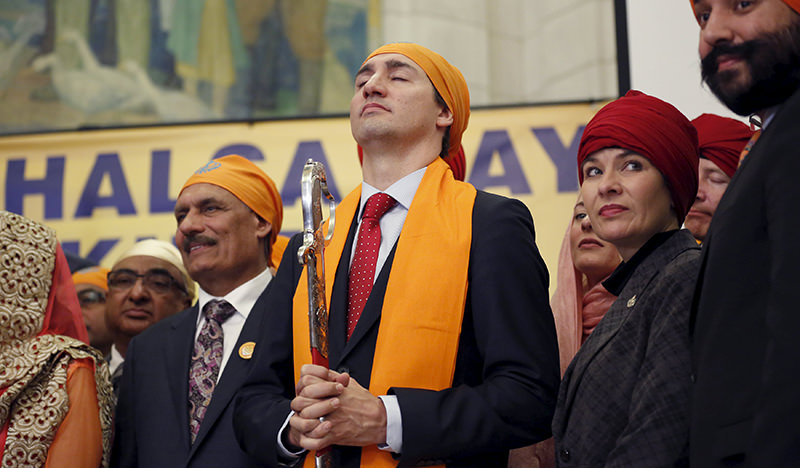 Canada's Prime Minister Justin Trudeau (C) holds a ceremonial sword that was presented to him while taking part in a Vaisakhi celebration on Parliament Hill in Ottawa, Canada, April 11, 2016 (Reuters Photo)
by Associated Press Apr 11, 2016 12:00 am

Canadian Prime Minister Justin Trudeau says he will offer a full apology in Parliament next month for a government decision in 1914 to turn away a ship carrying hundreds of South Asian immigrants.

The Komagata Maru from Hong Kong arrived off Vancouver only to have almost all of its 376 passengers, nearly all Sikhs, denied entry due to immigration laws at the time.

The ship was eventually sent to Calcutta, and least 19 people were killed in a skirmish with British soldiers. Others were jailed.

Former prime minister Stephen Harper apologized at an event in British Columbia in 2008, but members of the Sikh community have long said an apology should be offered formally in Parliament.

Trudeau had pledged to make an apology during his election campaign last year.