US says it will meet refugee goal despite delays 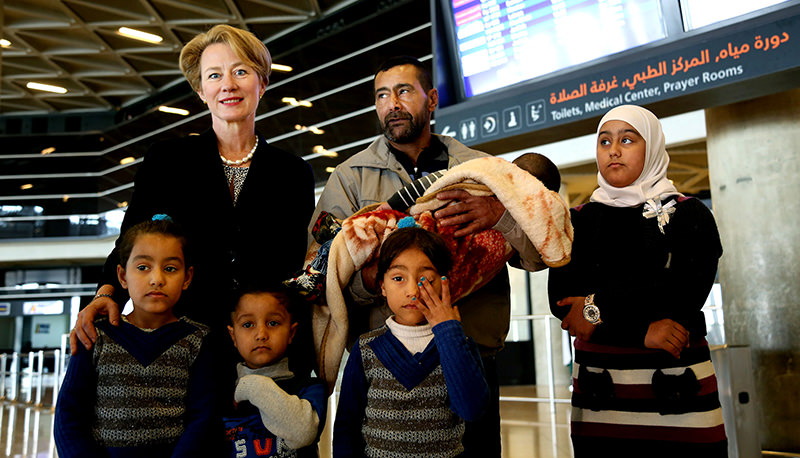 The U.S. insisted Wednesday that it will meet refugee admittance goals it set last year despite recently admitting the first Syrian family under a sped up program.

Washington said last September it would admit 10,000 refugees by the end of the fiscal year that ends Sept. 30. But the first family to come to the U.S. under that effort arrived only this month -- over half way through the fiscal year.

He added that "in no scenario" would screening standards be weakened to facilitate faster refugee resettlement.

The first Syrian family to be resettled under what has been called the administration's "surge operation" landed in Kansas City last week.

Family patriarch Ahmad al-Abboud, a father of five, told a news conference in the city that Americans have nothing to fear of him and his family.

"He is the type of person who loves everybody. If his neighbor feels sick, he feels sick. That's how he grew up," his translator said.

Abboud and his family reportedly spent the past three years in Jordan where they subsisted on government food vouchers.

Republican presidential candidates continue to sound the alarm about the alleged dangers of Syrian refugees during this year's election.

In total, 31 states have said that they would not assist in the resettlement process within their borders. All but one are governed by Republicans.