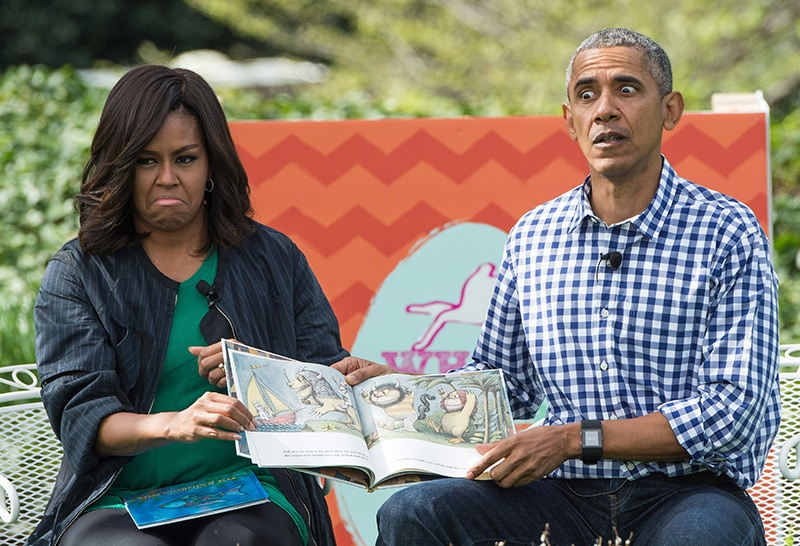 US President Barack Obama and First Lady Michelle Obama read Maurice Sendak's ,Where the Wild Things Are, to children at the annual Easter Egg Roll at the White House in Washington, DC, on March 28, 2016 (AFP Photo)
by Apr 16, 2016 12:00 am

Deductions were calculated to arrive at their adjusted gross income, which is the amount that is taxed. Their federal income tax was 81,472 dollars, an effective rate of 18.7 per cent.

The first couple's donations to charity amounted to 14.7 per cent of their gross income. They also paid 16,017 dollars in state tax to Illinois, where the Obamas lived before he was elected president.

"While we've made progress toward ensuring that the wealthiest Americans pay their fair share, there is more work to do," White House spokesman Josh Earnest said in a statement accompanying the tax return release.