Trump mistakenly says Seven-11 instead of 9/11 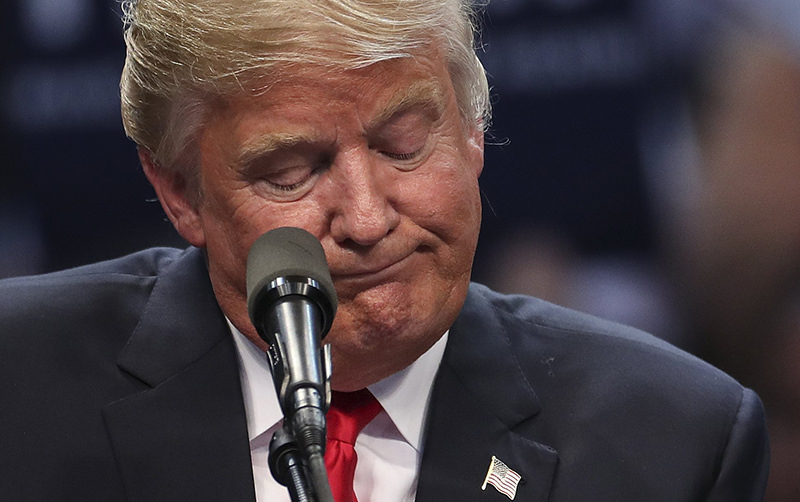 Trump was about to deliver prepared remarks lauding New York values when he mistakenly mentioned the name of a popular convenience store chain in place of 9/11.

"It's very close to my heart because I was down there, and I watched our police and our firemen down at 7/11, down at the World Trade Center right after it came down, and I saw the greatest people I've ever seen in action," Trump told the crowd.

Trump has repeatedly invoked the September 11 attacks as he's campaigned across his home state.

He paid his first visit to the National September 11 Memorial & Museum earlier this month.

But the event was interrupted by anti-Trump protesters who made their presence known.

About a dozen young people locked arms and sat down on the floor of the arena shortly after Trump took the stage — forcing authorities to carry several out by their arms and their legs.

Buffalo police said they arrested six people, mainly for disorderly conduct and trespassing. They said on Twitter that no arrests were made inside the arena, but 21 people were ejected from the event.
Last Update: Apr 19, 2016 10:29 pm
RELATED TOPICS