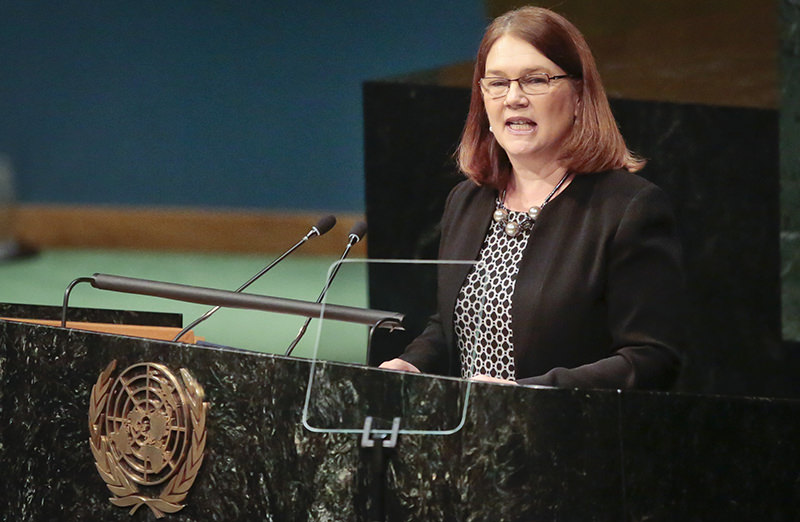 "We will introduce legislation in spring 2017," she told a special session of the United Nations General Assembly on global drug problems.

"While this plan challenges the status quo in many countries, we are convinced it is the best way to protect our youth while enhancing public safety," Philpott said, according to a copy of her speech obtained by AFP.

Philpott offered several reasons for ending the ban on pot, including the view that laws in Canada and abroad criminalizing marijuana use have been both overly-harsh and ineffective.

"We know it is impossible to arrest our way out of this problem," she said, alluding to the "war on drugs" launched by Washington in the 1970s.

Uruguay became the first country to fully legalize marijuana in 2013. Canada is expected to become the first G7 nation to do so.

Trudeau admitted in 2013 to having smoked pot five or six times in his life, including at a dinner party with friends since being elected to parliament.

He has also said that his late brother Michel was facing marijuana possession charges for a "tiny amount" of pot before his death in an avalanche in 1998, and that this influenced his decision to propose legalizing cannabis.

An estimated one million of Canada's 35 million people regularly smoke marijuana, according to a survey taken in 2014.

A survey released Wednesday by the non-profit Angus Reid polling institute found that two in three Canadians support legalizing possession and use of marijuana.