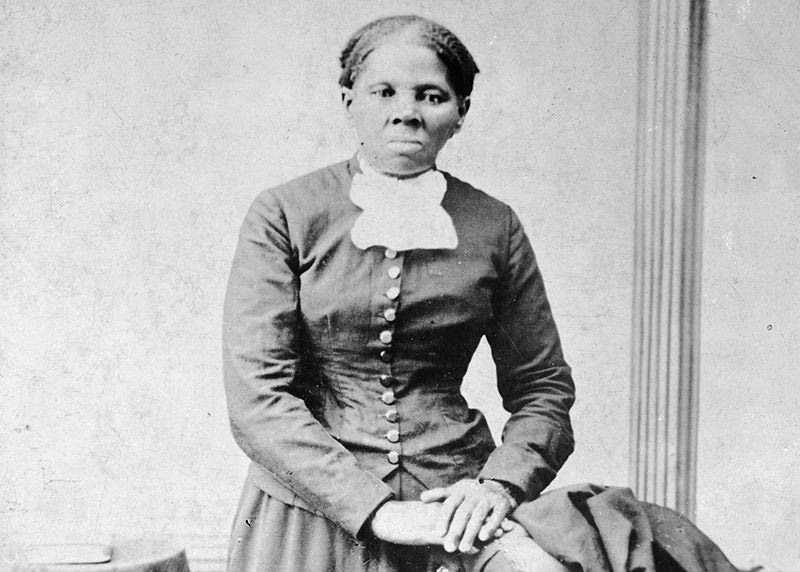 by reuters
Apr 21, 2016 12:00 am
Anti-slavery crusader Harriet Tubman will become the first African-American on the face of U.S. paper currency, and the first woman in more than a century, when she replaces former President Andrew Jackson on the $20 bill.

The U.S. Treasury Department said on Wednesday that
Tubman, who was born into slavery in the early 1820s and went on
to help hundreds of slaves escape, would take the center spot on
the bill, while Jackson, a slave owner, would move to the back.

Introduced alongside a slew of changes to the $5 and $10
notes as well, the redesign gives the Treasury "a chance to open
the aperture to reflect more of America's history," Treasury
Secretary Jack Lew said.

A new $10 bill will add images of five female leaders of the
women's suffrage movement, including Sojourner Truth and
Elizabeth Cady Stanton, to the back, while keeping founding
father Alexander Hamilton on the front.

Lew said the designs should be unveiled by 2020 and go into
circulation "as quickly as possible," although he declined to
say when. He said the $10 bill was scheduled to go out first,
citing security needs.

The long-awaited decision to replace the seventh president
of the United States with Tubman followed months of outreach by
the Treasury regarding which woman should be featured on a bill.

The debate began when the Treasury announced plans in June
to feature a woman on the $10 note, prompted partly by a young
girl's letter to President Barack Obama that criticized the lack
of women on U.S. currency and a social media campaign last year
called "Women on 20s."

Hamilton's growing celebrity status, due largely to a
Pulitzer Prize-winning Broadway musical about his life,
"Hamilton," created by Lin-Manuel Miranda, propelled an effort
to keep the first U.S. Treasury secretary on the $10 note and to
replace Jackson on the $20 bill instead.

Jackson, a hero of the War of 1812's Battle of New Orleans,
was president from 1829-1837. But he has been criticized for his
treatment of American Indians and ownership of slaves.

After considering hundreds of candidates, Lew said Tubman
was chosen for her leadership and work helping others.

"It's the essential story of American democracy about how
one person who grew up in slavery, never had the benefit of
learning how to read or write, could change the course of
history," he said.

Tubman grew up working on a Maryland plantation and escaped
in her late 20s. She returned to the South to help hundreds of
black slaves to freedom and worked as a Union spy during the
Civil War. She died in 1913.

On coins, Sacagawea, a Native American who assisted the
Lewis and Clark Expedition, is featured on the gold dollar, and
suffragist Susan B. Anthony is on the silver dollar. Deaf-blind
author and activist Helen Keller is on the back of the Alabama
quarter.

Tubman became the top-trending hashtag on Twitter shortly
after the news broke on Wednesday, with more than 100,000 tweets
and mentions online.

Democratic presidential candidate Hillary Clinton, who is
campaigning to become the first female U.S. president, praised
Tubman as "a woman, a leader, and a freedom fighter" on Twitter
and said she could not think of a better choice.

Some Twitter users applauded Treasury's decision to keep
Hamilton on the $10 bill.

Actress Mara Wilson (@MaraWritesStuff) tweeted at Miranda,
the "Hamilton" creator, saying: "@Lin_Manuel First you win a
Pulitzer, now you're affecting US currency. Get some rest!"
Last Update: Apr 21, 2016 7:54 am