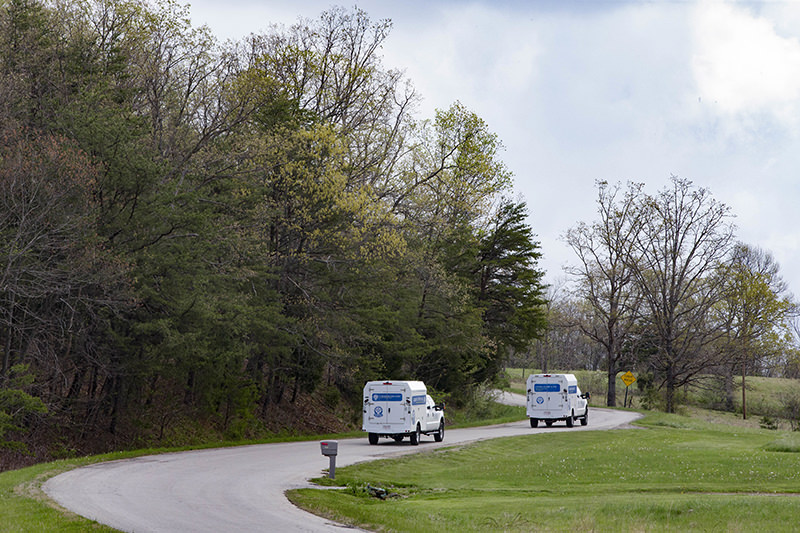 Crime scene investigation vehicles drive up Union Hill Road as they approach the location of a reported multiple shooting, Friday, April 22, 2016, in Pike County, Ohio. (AP Photo)
by Apr 22, 2016 12:00 am

At least seven people believed to be members of the same family were found shot to death execution-style in three homes in Pike County, Ohio, on Friday and an eighth body was discovered nearby, the Ohio Attorney General's office said.

The office first said in a statement that five adults and two juveniles had been found fatally shot in Piketon, about 85 miles east of Cincinnati. It later said that another body had been found at a fourth location in the area. It was not immediately known if the eighth victim was related to the others.

No arrests have been made and there was no active shooter, the attorney general's office said in a statement.

"The investigation is in its very early stages and authorities are still investigating to determine a motive, identify the deceased and determine if the gunman is among the deceased individuals or on the loose," the attorney general's statement said.

"Reports we are receiving from (the area) are tragic beyond comprehension," Ohio Governor and Republican presidential candidate said John Kasich in a tweet.

The Chillicothe Gazette newspaper showed a picture of three ambulances lined up along a wooded and rural road.