US to consider 'other options' if N Korea continues nuclear tests 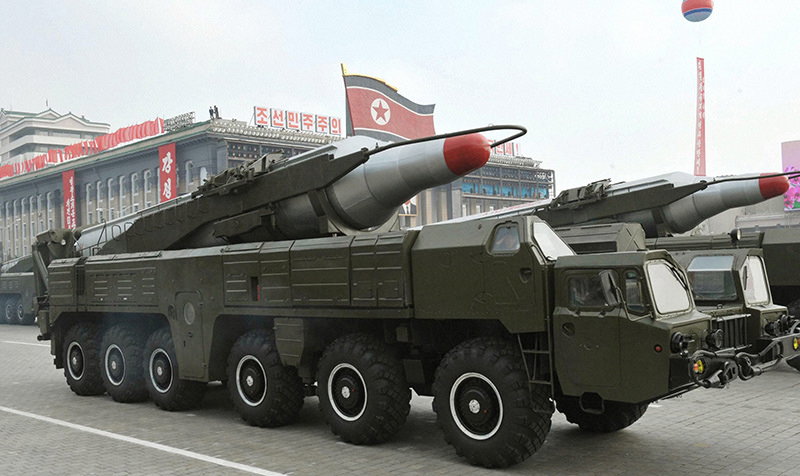 A file photo dated October 2010 and made available by the North Korean Central News Agency (KCNA) shows a 'Musudan' missile displayed during a military parade marking the 65th anniversary of the foundation of the Workers' Party of Korea (EPA Photo)
by Compiled from Wire Services Apr 27, 2016 12:00 am
The U.S. State Department urged North Korea on Tuesday to refrain from actions that destabilize the region and said it would consider "other" options if Pyongyang continued its nuclear and ballistic missile testing.

Agency spokesman Mark Toner did not provide details about what those options would be.

He demanded Pyongyang to "refrain from actions that further destabilize the region" by taking concrete steps toward denuclearization.

"The real punch" would come with "stringent" implementation of the sanctions the U.S. has placed on North Korea for more than 60 years, he said. "We're working to in fact implement those to make sure that North Korea feels them."

North Korea has for years threatened to strike the U.S. and its ally South Korea, but Pyongyang's aggressive rhetoric intensified after the country's fourth-ever nuclear test in January and subsequent long-range rocket launch -- which were met with toughened United Nations sanctions.