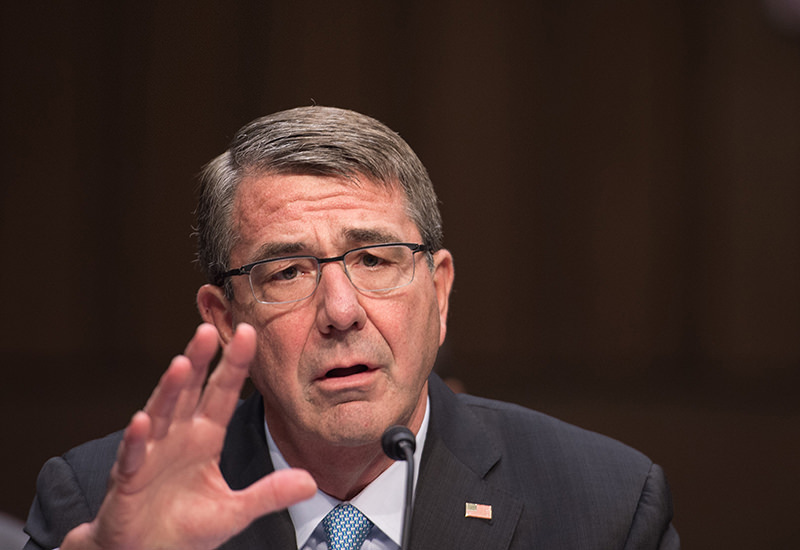 US Secretary of Defense Ashton Carter confirmed the link between YPG/PYD and the PKK during testimony before a Senate panel at the US Congress on Thursday.

Carter answered in the affirmative when asked by Sen. Lindsey Graham whether the PYD and its military wing, the YPG, are aligned with the outlawed PKK terror group.

Admitting the link between the PKK and PYD, Carter acknowledged that the PKK is a designated terror group by the U.S. and Turkey but denied Ankara is upset by U.S. air and equipment support to the militant group's offshoot in Syria.

"It is not at all," Carter said. "We have extensive consultations with the Turks."

But Sen. Graham contradicted him saying that he was recently in Turkey and the government there is not happy with U.S. support for a terror group.

"They think this is the dumbest idea in the world and I agree with them," Graham said.

He noted that Turkey is asked by the U.S. to do more against Daesh but Graham does not believe that the argument by Turkish government is "absurd".

"If you are wondering why Turkey is a little upset, we are arming people inside of Syria who are aligned with a terrorist group, that is the finding of Turkish government," he said.

The State Department later said that the U.S. position on the PKK and the PYD has not changed and Washington still has not designated the YPG as a foreign terrorist organization.

The U.S. would continue to help the "effective" forces on the ground against Daesh, according to a spokesman.