Indigenous Aymara women challenge the practice of patriarchy in Bolivia 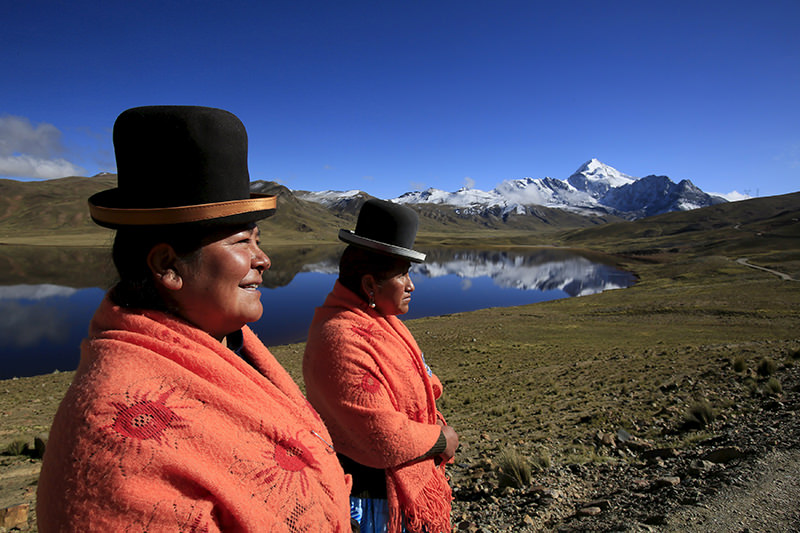 Aymara indigenous women Lidia Huayllas, 48, (L) and Dora Magueno, 50, stand near Milluni lake, with the Huayna Potosi mountain in the background. (REUTERS Photo)
by Yasemin Nicola Sakay May 03, 2016 12:00 am

For decades, indigenous women in Bolivia have suffered from discrimination, racism and public abuse. Now the country’s 'cholitas', women mountain climbers, are empowering women all over the country.

What happens when a group of women are fed up with centuries of deeply imbedded patriarchal practices? Well, let's take a closer look at the story of Bolivia's Aymara women mountain climbers.

Vedia, Dora Magueno and Lidia Huayllas were three indigenous Bolivians who were sick of being in the background, working as cooks for years at base camps and mountain-climbing refuges on the steep slopes of Bolivia.

These 'cholitas', Latin American women with American Indian blood, from the indigenous nation of Aymara in the Andes and Altiplano regions decided to say 'no' to patriarchal lifestyle, 'no' to the way women were being marginalized, and excluded from society.

Two years ago, this trio and eight other Aymara indigenous women, aged 42 to 50, decided to take the matter into their own hands -or feet in this case- and put on crampons and started to do their own climbing.

They managed to reach the peak of Huayna Potosi, a 6,088-meter Andean peak outside of La Paz, the Bolivian capital.

So far these women have climbed the Acotango, Parinacota, Pomarapi, Huayna Potosí and Illimani peaks which are all higher than 6,000 meters above sea level.

İllimani of 6439 meters altitude is the second highest mountain in Bolivia and the 'birthplace of the sun'.

Being native Bolivians, they are used to the thin air in high altitudes, which makes them great climbers. 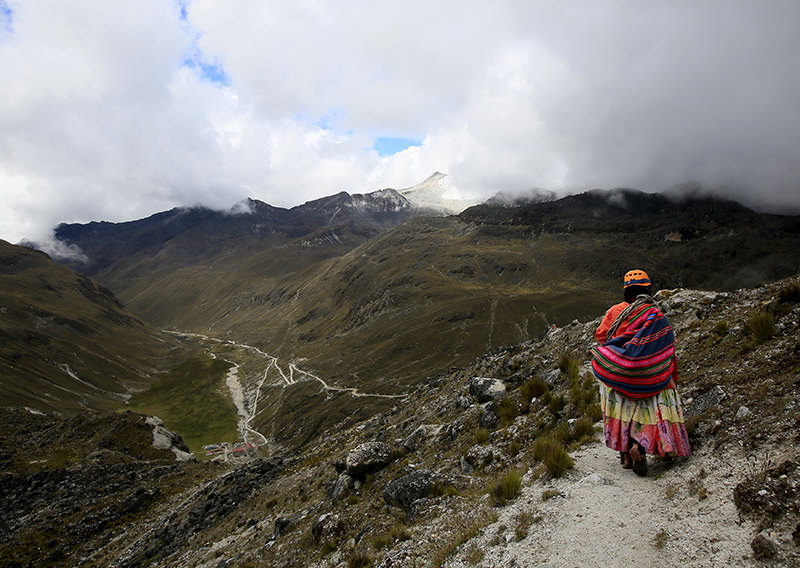 They also managed to gain their economic independence as the region's trusted guides for tourists and visitors.

But these 'cholitas' stand out from the rest of the female climbers around the world.

These women don't forgo their traditional attire throughout their climbs and choose to show their 'cholita' pride. Under their wide traditional skirts, made up of 6-8 meters of fabric with nearly 10 layers of petticoats, these ladies wear their crampons and continue to scale Bolivian peaks.

As any sensible climber would do, they also equip themselves with helmets and modern equipment like ropes, harnesses and boots.

The traditional skirts, called 'pollera', were considered 'taboo' for a long time as they represented peasant dress among the indigenous in Bolivia. Many women wearing polleras were refused entry to certain venues and even looked down upon. However, nowadays Bolivian women wear these skirts with pride, and see them as a symbol of 'self-confidence', even though these skirts actually originate from Spanish colonial times.

The ultimate goal of this group of independent ladies is to plant the Bolivian flag on the summit of the highest mountain outside of Asia, the Aconcagua which stands almighty at 6,961 meters near the border with Chile.